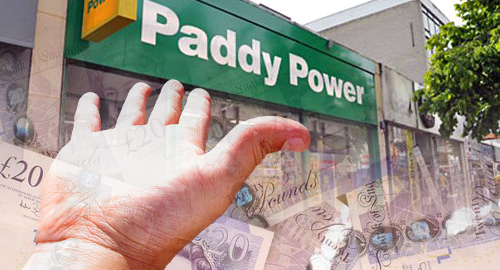 The UK Labour Party is considering a plan that would compel gambling operators to fund National Health Service treatment for gambling addicts.

Labour is set to begin its annual conference in Brighton on Tuesday, and deputy party leader Tom Watson’s office released excerpts of a speech he intends to deliver, in which Watson calls on UK gambling operators to bear a larger brunt of the costs imposed by the nation’s ranks of problem gamblers.

The gist of Watson’s jeremiad is that UK gambling operators have so far failed to live up to the modest problem gambling education and treatment funding benchmarks established by GambleAware, the industry-funded problem gambling association.

In May, GambleAware announced that its annual funding had hit £8m in the 12 months ending March 31, 10% higher than the previous year but well shy of its £10m target. GambleAware CEO Marc Etches urged the industry to ensure its contributions in the current year are on target, otherwise he said his group would support “the commencement of a statutory levy.”

Watson’s speech echoes this call, saying that if Labour goes on to form the next government, it will “assess the feasibility of making the gambling industry pay a compulsory levy to fund National Health Service treatment and help lift problem gamblers out of the destructive cycle of addiction.”

Watson doesn’t intend to spare the drama, as his speech will cite recent UK Gambling Commission statistics indicating a recent rise in the number of problem gamblers, while claiming that “more than half of companies profit from ‘risk’ gamblers” and that such companies “must be held to account for this abuse of trust and power.”

Watson clearly believes the recent furor over gambling companies behaving badly will be a vote-winner. Earlier this month, he proposed preventing gambling companies from advertising their brands on the shirts of English football teams. Labour has also long supported calls for the maximum stake on fixed-odds betting terminals (FOBT) in UK betting shops be reduced from its current £100 to just £2.

In October, the government is expected to release the findings of its triennial gambling review, in which FOBT stakes and potential curbs on gambling advertising will play a starring role. David Currie, the incoming head of the UK’s Advertising Standards Authority, recently told the Financial Times that he feels the betting industry is “perhaps not as regulated as it should be.” So don’t worry about feeling paranoid, UK gambling operators; turns out everyone really is out to get you.