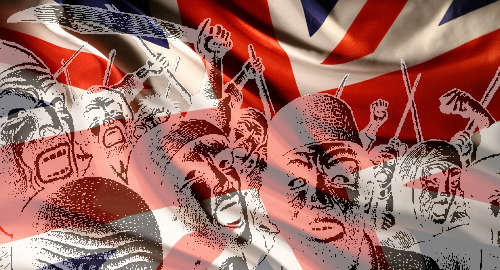 On Thursday, the UKGC published Gambling Behavior in Great Britain 2015, the first such comprehensive survey of gambling prevalence in three years. The stats relied on data combined from health surveys in England, Scotland and Wales.

The media are focusing on the 0.8% of the UK population aged 16 years or over who the 2015 report deems to be suffering from problem gambling behavior, compared to 0.6% in the 2012 survey.

While the 2015 number remains a tiny fraction of the population – and comparable to rates in many other jurisdictions – UKGC exec director Tim Miller said the numbers reflected the “significant challenge” in making gambling “fairer and safer … The pace of change to date simply hasn’t been fast enough – more needs to be done to address problem gambling.”

AT RISK OF FUDGING THE FACTS
A further 3.9% of UK residents were deemed to be ‘at risk’ gamblers, i.e. they occasionally experience some gambling-related problems but don’t display the severity of symptoms displayed by actual problem gamblers. The 2012 survey found 4.2% of UK adults were ‘at risk’, yet the media is touting the 2015 figure like it’s on the rise.

It’s worth noting that the ‘at risk’ stats fall dramatically with age, with the highest scores found in the 16-24-years-old bracket, but this figure gets cut in half by the time you reach the 35-44 age demo. It’s also worth noting that nearly three-quarters of ‘at risk’ gamblers are deemed to be of ‘low risk’ for their activity developing into real problem gambling.

ONLINE GAMBLING GETS A RAW DEAL
Reliably hyperbolic media sources such as the Daily Mail are claiming that a dramatic rise in the number of UK residents who gamble either online or via the fixed-odds betting terminals (FOBTs) in UK betting shops is directly related to the rise in ‘at risk’ and problem gambling numbers.

Yet traditional online gambling doesn’t appear to have gotten this memo, as the survey indicates that the activity most often cited by problem gamblers was financial spread betting (20.1%), followed by betting exchanges (16.2%), playing poker in pubs/clubs (15.9%), betting offline on something other than sports or horse or dog racing (15.5%) and FOBTs (11.5%).

And despite the media claims of an explosion in online gambling, 2015’s participation rate for online casino gambling was a mere 4%, up only one point from 2012. But that translates to a one-third rise, so insert your favorite Chicken Little quote here. Worse, online sports/race betting rose from 5% to 7%, so clearly the apocalypse is nigh.

Meanwhile, FOBT participation was unchanged at 3%. But why let that spoil the headlines the Mail and other anti-FOBT papers had prewritten? It remains to be seen whether the UKGC’s findings will have any bearing on the government’s triennial gambling review, in which FOBTs play a starring role. The results of the review will be released this autumn.

All told, 63% of adults admitted to participating in some form of gambling at some point in 2015, down two points from 2012. The decline is partly due to the survey being heavily weighted by the UK’s most popular form of gambling, National Lottery draws, which saw participation fall from 52% in 2012 to 46% in 2015. Yet even excluding National Lottery draws, the overall participation rate fell two points to 45% in 2015.