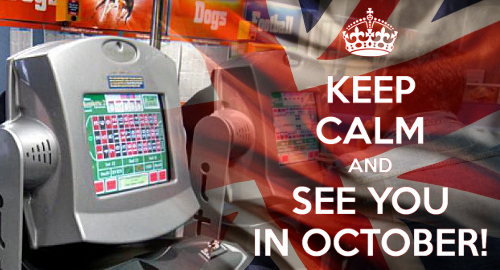 The UK government says it won’t release the findings of its review of the fixed-odds betting terminals (FOBT) in bookmakers’ shops until October at the earliest.

On Thursday, Tory MP Tracey Crouch, who oversees the Department for Culture Media and Sport (DCMS) that is conducting the triennial review of the UK gambling industry, informed parliament that she doesn’t expect “any further announcement until October at the earliest” as to the results of that review.

The review is looking at whether to reduce the FOBTs’ current maximum stake of £100, with many opposition MPs and anti-gambling campaigners pushing for a reduction to just £2. The review is also examining whether to reduce the current maximum of four FOBTs per betting shop, as well as considering new restrictions on gambling firms advertising on television.

Crouch noted that the review was subject to a mandatory 12-week standstill period due to the UK’s recent snap election. This had “interrupted the final stages of our consideration of the evidence received and the subsequent internal cross-government process of approval and sign-off.” Crouch said the delays meant “we are back at the start of the process.”

Crouch expressed “frustration” at the slow pace of the review, noting that she’d been dealing with the FOBT issue since she took over the DCMS in 2015. That said, Crouch maintained that the government “must ensure that we have a proper evidence-based response to the issue of stakes and prizes.”

The review has reportedly been further complicated by the results of the UK election, which left Tory PM Theresa May requiring the cooperation of Northern Ireland’s Democratic Unionist Party (DUP) to maintain her parliamentary majority. Prominent DUP members are harsh critics of FOBTs.

Meanwhile, sources told the Guardian that Treasury officials were not-so-subtly reminding the government that FOBTs contribute around £400m in annual tax revenue, while gambling industry stakeholders have warned of shop closures and massive layoffs if the government pulls the FOTB leash too tight.