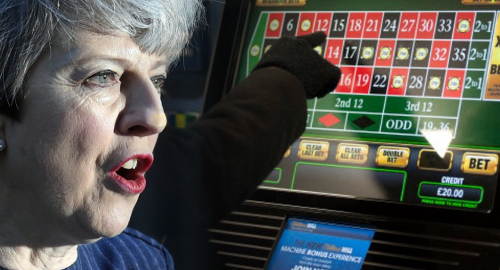 Earlier this year, the UK Department for Culture, Media & Sport promised a “late spring” reveal of the contents of its triennial review of the nation’s gambling industry, which focused on whether or not to reduce FOBT maximum stakes from £100 to just £2, as well as mulling further restrictions on gambling advertising on television.

But Monday’s surprise call by PM Theresa May (pictured) for a fresh general election on June 8 means the gambling review will likely be delayed, possibly as far off as late autumn. UK election rules prevent sitting governments from making announcements regarding significant policy changes so as not to unduly influence voters, and the so-called ‘purdah’ period will start this weekend.

Even when the review is released, the actual implementation of its findings could take a year or more, offering bookmakers an even larger window of time in which to enjoy their current revenue mix.

While bookmakers with a large high street presence will welcome the postponement – FOBTs provide some operators with half of their retail revenue – the rest of us are groaning over having possibly another six months of anti-FOBT op-eds in the more hysterical UK newspapers and breathless press releases purposely confusing betting stakes with betting losses from the likes of the Campaign for Fairer Gambling.

Barclays analysts recently estimated that bookmaker Ladbrokes’ annual revenue could fall by £449m if the maximum FOBT stake was cut to £2, although most analysts expect the government to recommend a less severe reduction, possibly to around £20. But even at that rate, analysts expect high street bookies’ profits would take a 30% hit.

Bookmakers have argued that the government stands to lose up to £250m per year in lost betting taxes if they push through the most drastic FOBT stakes reduction. Additional sums will be lost through reduced income taxes if bookmakers’ projections of mass shop closures and staff redundancies prove accurate.