Home / Business / GVC announces they may need to close 900 shops 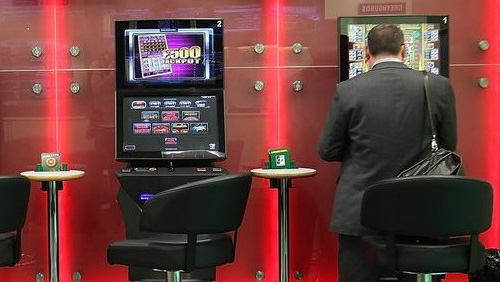 The maximum state cut on fixed odds betting terminals (FOBTs) machines is taking its toll on the British gambling industry. Not very long after William Hill announced the closure of hundreds of betting shops, now GVC Holdings, operator of Ladbrokes and Coral, has announced the possible closure of 900 of its own shops, reports SBCNews.

GVC has not said the shops will definitely close, but barring a miracle, it looks like a lot more people will be looking for work. They stated:

“We now expect up to 900 shops to be at risk of closure, affecting up to 5,000 roles, over the next two years as a result of the reduction in maximum stakes on FOBTs to £2 that came into force on 1st April, and there are a number of shops that have been identified for closure as part of this process.

“This is not a decision we are taking lightly and we will be working hard to minimise the number of redundancies through redeployment within the business, whilst offering redundancy terms enhanced beyond the statutory requirement.”

Between Ladbrokes and Coral, GVC operates approximately 3400 shops. To close 900 of those would be a huge hit to their business, but not as big as operating all of them at a loss.

Strangely though, this might be good news for GVC, who had previously estimated that as many as 1000 shops would close. While GVC first thought it could see as much as a £145 million hit to revenues. It’s now forecasting only a loss of £120 million.

The announcement comes just after William Hill announced they would be closing 700 shops sometime in 2019, with up to 4,500 employees losing their jobs. They also cited the FOBT stake cut as the reason for closing so many shops.

With up to 9,000 employees at risk of losing their jobs, the U.K. is going to have a fairly significant problem on their hands. As Ciaran O’Brien, Comms Director tweeted, it might be that regulators have gone too far in their effort to make gambling safer:

7. The benefits of gambling in terms of social interaction, mental stimulation, fun, controlled risk etc. are undervalued / appreciated and the politics is focussed on emotion and extreme cases. That said we should, can and will evolve safer gambling.