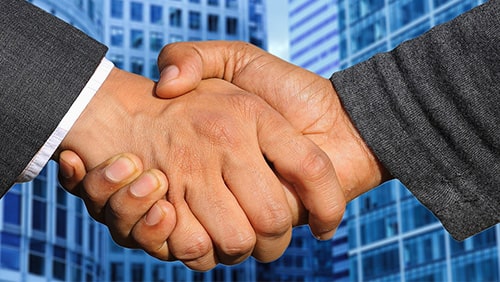 Entain will work with Verizon to develop a new Virtual Reality (VR) experience, allowing users to watch live sports, interact with sports data, gamble, and socialize with friends. The two companies will also develop concepts for new formats using 5G and augmented reality to offer similar content. The end goal is to offer the customer experiences similar to being in the stadium, while having all the benefits of sitting on the couch.

“To win in the future we need to understand where consumers will be in five, ten years’ time and work with other global businesses also investing in that,” said Shay Segev, CEO of Entain. “We envisage consumers meeting at a game with friends, who could in fact be elsewhere, using virtual reality headsets to watch, interact and share the experience together and, potentially, compete between themselves at half time or feel like they’re on the pitch with the players.”

“Together, we are building the next-generation of content experiences for sports and gaming fans,” said said Guru Gowrappan, CEO, Verizon Media. “Our world-first 5G-enabled production studios in LA and London, creative technology teams and Verizon Media’s Immersive platform, that enables extended reality (XR) content to be created and distributed across digital channels at scale, allow partners like Entain to bring next-level immersive and interactive experiences to their customers.”

Betting on VR isn’t necessarily a sure thing. In the video game space, acceptance of VR hardware and software has started to fall off over time, and has generally been accepted to be a niche market. But that’s in a space where the need for VR isn’t necessarily clear, whereas Covid-19 and a limited supply of sporting event tickets makes a use-case for VR in the gambling world a little more spelled out.

A study done for Entain by YouGov suggests this push comes at the right time. Two-thirds of consumers combine social media with their gaming and entertainment, and men aged 25-39 are the most likely to adopt new technology and products. The study also showed that 31% of 25 to 39-year-old and 34% of over 55’s engage digitally to increase their enjoyment of watching sport. They’ve got the money, so get headsets on them and see what comes of it.

This isn’t the first time Entain and Verizon partner up. Entain’s BetMGM venture, a partnership with MGM Resorts, partnered up with Yahoo Sports, an arm of Verizon. That partnership allowed Yahoo users to easily sign up for BetMGM and place wagers directly from their Yahoo account. This kind of media partnership has been widely lauded on the conference circuit in the past month, and looks to be like a huge part of the gambling industry’s future.