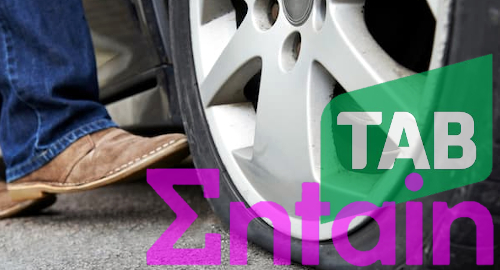 Australian lottery and betting operator Tabcorp Holdings has confirmed that multiple parties are interested in buying its wagering division, with UK gambling giant Entain plc confirming it’s among the suitors.

On Tuesday, Tabcorp issued a statement in response to local media reports which claimed the company had been approached about a possible acquisition of its Wagering & Media unit, which controls nearly 44% of the local sports and racing market. Tabcorp confirmed receiving “a number of unsolicited approaches and proposals in relation to a potential transaction.”

Tabcorp noted that said pitches “were expressed to be confidential, indicative, non-binding and subject to numerous conditions.” Tabcorp’s board is assessing these proposals and will update the market as needed, while adding the usual caveat that there was no certainty that there would prove to be any fire behind this smoke.

Entain subsequently issued its own statement confirming that the company had made “a non-binding indicative offer” for Tabcorp’s betting division. Entain already has a small down under presence via its Ladbrokes Australia and Ned brands and noted that adding Tabcorp’s betting unit “would create a leading, integrated multi-channel and multi-brand wagering company.”

It was only last November that Tabcorp was denying media reports that it was an acquisition target by a couple different private equity-supported groups, including one led by Sportsbet/Beteasy founder Matthew Tripp.

Tabcorp’s Wagering & Media unit generated revenue of AU$2.1b (-10%) and earnings of AU$371m (-20%) in its most recent fiscal year, with the declines partly blamed on the complexity of merging its TAB betting brand with the UBET brand of rival Tatts Group, which Tabcorp acquired in 2017. These challenges weren’t helped by the pandemic shutdown of major sports, although Australian racing was largely unaffected by COVID-19.

As for Entain, the company appears quite unable to stop coveting rivals’ operations, particularly when they offer geographical expansion opportunities. But Tabcorp’s betting unit has been valued at AU$2.8b (£1.55b), which, along with the £252m earmarked for Entain’s pending acquisition of Enlabs, would nearly double the company’s existing debt load.

The identity of Tabcorp’s other suitors remains unknown at present, but should Entain’s overtures prove irresistible to Tabcorp, it will complicate future attempts by US casino operator MGM Resorts to acquire Entain, its partner in the ROAR Digital US-facing sports betting and online gambling joint venture.