Kenneth Alexander, the captain steering the GVC Holdings ship, has decided to reduce his salary in an effort to appease investors prior to the upcoming shareholder meeting next week. It sounds like an altruistic attempt at trying to make everyone happy, while allowing Alexander to hold onto his job. Altruistic doesn’t quite define the move, though. The gaming executive has agreed to a reduction of $188,000, which is nominal considering his base salary still remains above $1 million. If he wanted to really make investors happy, perhaps he should have considered a cut that would actually make a dent. 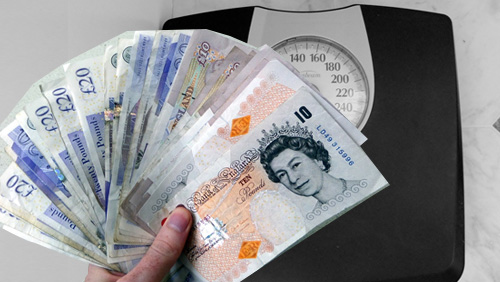 Alexander will drop his salary from $1.19 million to $1 million, based on “feedback” he received from investors. According to a company statement, “After consulting with GVC’s chairman and remuneration committee chair, GVC’s chief executive officer has volunteered to reduce his annual salary from £950,000 to £800,000.” Alexander won’t even notice the missing $188,000—his compensation package for 2018 was $24 billion.

Stockholders aren’t happy with what they view is excessive compensation awarded to executives of the company. Brass had justified the compensation following a number of recent acquisitions as a way to give themselves a pat on the back.

Investors could try to overturn all of the current executive pay structures. One of the largest shareholders, Merian Global Investors, is planning on leading a charge to vote against the payments and the firm’s CEO Richard Buxton asserts, “We are concerned by the apparent lack of consistency between the targets under the new LTIP (long-term incentive plan) awards and the performance that we, and we understand management as well, expect of the business,”

Adding to the adverse sentiment toward Alexander was a recent questionable move he made along with the company’s chairman, Lee Feldman. Only hours after telling shareholders that the company’s stock was undervalued, Alexander, joined by Feldman, sold $25 million in company shares.

GVC was recently awarded a gambling license in Nevada, despite reservations on the part of the Nevada Gaming Control Board (NGCB). The board called the company out for operating on the fringe of legality in certain international jurisdictions and for losing money, sometimes through fraud from its own employees. NGCB Terry Johnson said during the licensing hearing, “People were defrauding you, and because you were engaged in questionable activity, you were without much recourse to go after them.”