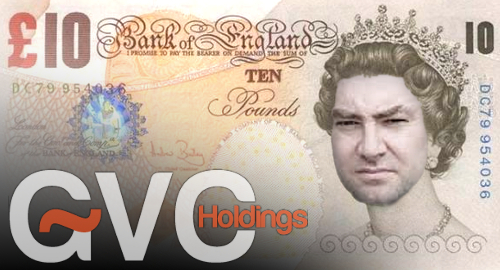 UK-listed gambling operator GVC Holdings has made it rain (again) for its chief executive Kenny Alexander, just weeks after the CEO sold three-quarters of his shares in the company.

On Wednesday, GVC announced that its remuneration committee had awarded Alexander nearly 454k shares in the company as part of its long-established incentive and deferred bonus plans. GVC’s shares closed out Wednesday’s trading up nearly 5.5% to 539.5p, which would put the total value of Alexander’s new holdings at around £2.5m.

Alexander issued a statement Wednesday saying he remained “totally committed to GVC for the long-term, and as such I will not sell any further shares in GVC while I am CEO.” Alexander added that the company was off to an “excellent start” to the year, details of which he promised to reveal when the company issues its Q1 trading update on April 5.

The decisions made by GVC’s remuneration committee have often proved controversial, particularly in light of the company’s share value, which has essentially halved over the past year. GVC’s 2017 and 2018 AGMs featured strong protest votes – as high as 45% — against the pay packets awarded to the company’s senior management.

Alexander wasn’t the only bigwig making out like a bandit on Wednesday, as GVC’s chief financial officer Rob Wood received a long-term incentive plan grant of 197k shares.