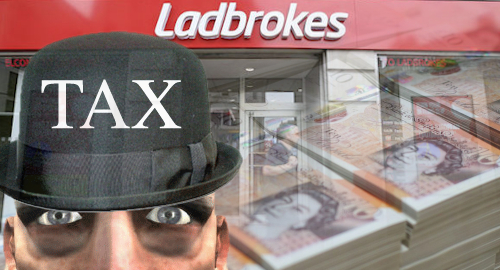 Gambling operator GVC Holdings is warning investors of the financial cost of the UK’s latest pandemic lockdown, while the UK taxman is also suffering from the shutdown of retail gambling operations.

On Monday, GVC announced that it expects a negative earnings impact of £37m from the raft of COVID-19 retail shutdowns spreading across Europe. Should the current closures extend for a month, the negative impact is expected to rise to £43m. These figures include the effects of government support programs and other retail cost mitigation.

GVC’s UK retail operations – encompassing its Coral and Ladbrokes brands – would account for £34m of this loss. Some regions of the UK had already been forced into so-called ‘Tier 3’ retail restrictions but Prime Minister Boris Johnson announced this weekend that casinos and betting shops would be required to shut nationwide as of Thursday (5) through at least December 2.

For the moment, betting shops in Scotland and Northern Ireland remain open. Betting & Gaming Council (BGC) president Michael Dugher issued a statement urging governments to take a “science-led approach and avoid the arbitrary and unnecessary decisions that led to random closures of casinos and betting shops, which damage employment and revenues to the Exchequer.”

Speaking of, HM Revenue & Customers (HMRC) issued data last week showing the effect that retail closures have had on its ability to collect tax from UK gambling operators. In the six months ending September 30, total gaming and betting tax revenue stood at £1.344b, down 8% from the same period in the previous fiscal year.

Lottery taxes are down 3% to £465m, although the monthly figures for June, August and September were all higher year-on-year and September’s total came just shy of an all-time high.

Sports and race betting duties were down 3% to £268.7m, with July’s monthly total only around half the sum reported in July 2019, largely due to the pandemic-related halt of most sports activity. However, August and September’s totals were both higher than their 2019 comparatives as major football leagues returned to action.

Machine Games Duty (MGD), which is charged on land-based electronic gaming, including the fixed-odds betting terminals in UK betting shops, took a major hit as the shops were forced to close this spring due to COVID’s first wave. MGD totaled £147m, down 46% year-on-year and the lowest total since the tax was introduced in 2013.

Gaming duty from land-based casino operations took an even bigger hit, falling 63% to £36m while tax from bingo halls tumbled 73% to just £4m.

Remote Gaming Duty, which is applied to online casino activity, broke the mold by rising 30% year-on-year. With the exception of April, all months during the period reported year-on-year gains, including £217m in the month of July alone, a new all-time high for this category.