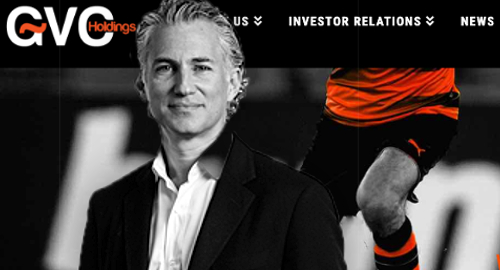 UK-listed gambling operator GVC Holdings is on the hunt for a new chairman as current chair Lee Feldman is heading for the exits.

On Friday, Sky News broke the story that Feldman (pictured) planned to surrender his chairman’s seat on or about the company’s annual general meeting on June 5. Following the report, the company confirmed Feldman was on his way out and that the process of identifying his replacement was “under way and in its early stages.”

Feldman has been GVC chairman since 2008 and recent changes to the UK corporate governance code recommend that chairs of publicly traded companies not occupy their position for longer than nine years, making Feldman’s exit something of a foregone conclusion.

However, the announcement comes just two weeks after Feldman sold 900k GVC shares – more than three-quarters of his total stake in the company – netting a £6m payday in the process. GVC CEO Kenny Alexander sold 2.06m shares – also over three-quarters of his stake – worth £13.7m on the same day. The ensuing investor panic resulted in the shares closing the day’s trading down 14%.

A GVC spokesperson insisted Friday that Feldman’s departure had “been in the offing for a fair while before the share sale,” but it’s not clear that investors are buying that line. GVC’s shares closed out Friday’s trading down nearly 2.5% to £5.19. The shares closed at £5.88 the day the mega sell-off was announced, after trading as high as £11.70 last July.

The hunt for Feldman’s replacement has reportedly been accelerated since the big sell-off, and the company’s senior independent director Stephen Morana is said to have briefed leading investors on the process. Morana also reportedly acknowledged that GVC investors had a right to be spooked by the company’s two leading execs ditching the bulk of their holdings in a coordinated sale process.

At the time of the sale, Alexander insisted that he was “here for the long term” and pledged that neither he nor Feldman would reduce their holdings below their current levels.