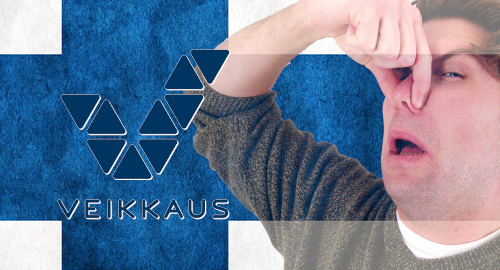 Finland’s gambling market derives over half its turnover from individuals who either have gambling problems or are at risk of developing problems, while the country is losing faith with its state-run gambling monopoly.

On Tuesday, the Finnish Institute for Health and Welfare (THL) released its latest snapshot of the country’s gambling market, which claims that a mere 2.5% of gamblers accounted for half of all gambling spending in 2019. (Read the report here, English abstract starts on page 11.)

The 2.5% figure – which represents around 72k individuals – is a significant shrinkage from the 4.2% of Finns who were responsible for half of all gambling spending in a similar survey in 2007, and less than half the 5.2% figure from 2015.

THL released the preliminary results of its 2019 survey this spring, which showed problem gambling rates falling 0.3 points to 3% and the at-risk figure falling 4.3 points to 10.7%. But researcher Anne Salonen called it “concerning” that a relative handful of individuals were so demonstrably bucking this trend.

For the market as a whole, 35% of gambling spending is believed to flow from problem gamblers, while another 17% comes from at-risk players.

SUPPORT FOR VEIKKAUS MONOPOLY SLIPPING
Finland’s gambling market is dominated by the state-run Veikkaus monopoly, which has come under fire in recent years for a variety of screw-ups, some of which involve underage Finns accessing its land-based slots network.

These reputational own-goals have led Finland to flirt with the idea of opening up its online gambling market to privately-owned operators, and while support for the Veikkaus-dominated model remains high at 71.7%, this represents a nearly six-point decline from 2015’s 77.4%. In fact, the only age demographic that increased its support for the gambling monopoly over that span was senior citizens.

Furthermore, 36.3% of respondents felt that the government shouldn’t take steps to prevent access to internationally licensed gambling sites or block payments to or from these sites, versus just 29.4% who were in favor of such Veikkaus-protecting measures. Roughly one-third expressed no opinion on this subject.

Here again, support for site- and payment-blocking was highest among seniors, while a slim majority (51%) of those aged 25-34 years opposed such protectionism. Overall, nearly twice as many males (48%) than females (25%) supported having access to international sites.

Newly imbued with social responsibility, Veikkaus is imposing an account-based play system on January 12, 2021 that will require compulsory identification before players can access machines at its ‘decentralized’ slots network at kiosks, stores, restaurants and service stations. Similar rules will apply to Veikkaus’ own chain of Arcades sometime next summer.