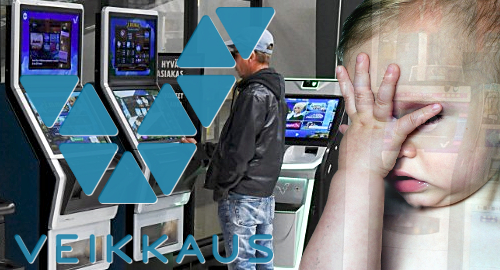 On Friday, Veikkaus reported that Finland’s National Board of Police had conducted a test to see how strictly the company was enforcing age restrictions in its land-based slots network. The company somewhat dryly noted that the results “leave Veikkaus with considerable room for improvement.”

The police enlisted a crop of “young looking” adults to attempt to gamble at retail gaming venues operated directly by Veikkaus as well as independent venues that host Veikkaus-controlled slot machines. If one of these pups was challenged by shop staff, the ‘youth’ was to reply that they didn’t have ID on them, while police agents monitored the interaction from a distance.

The police conducted around 300 tests in various cities in February. Only around 16% of the fresh-faced undercover agents were challenged to produce proof of age at the independent shops while the halls run directly by Veikkaus scored a significantly higher but still dismal 40%.

Jarmo Kumpulainen, the company’s director of responsibility, admitted that the company had “failed” this test, adding that it “should have been able to achieve a much better result.” Kumpulainen claimed Veikkaus had since “taken immediate action to remedy this.”

These remedies include retraining staff as well as raising the ‘protection age limit’ in Veikkaus-run slots halls to 30. (Gambling is legal for 18-year-old Finns, but like tobacco and alcohol, retailers are instructed to ask for ID if an individual looks to be in their early- to mid-20s.)

The independent venues still have a protection age limit of 23 “but the goal is to raise it to 30 years there as well.” Veikkaus plans to commence a dialogue with its retail partners about establishing that new age limit before the year is through.

Veikkaus also vowed to shut down its slots in any venue caught allowing underage play. The initial closure will be for a five-day period followed by a month-long probation, and if more underage play is detected during this 30-day followup the slots will be permanently unplugged.

Veikkaus has suffered a string of public relations missteps in recent years amid growing concern over the expansion of its slots network. Last October, Veikkaus promised to reduce its slots network from 18,500 machines to just 10,500 by 2025, but this timeline was recently advanced to the end of this year as the public’s view of gambling turned increasingly hostile.

Starting next January, accessing Veikkaus slots will require identity verification, although the company said Friday that this requirement wouldn’t mean it would slack off its age-verification responsibilities. The machines will also alert players as to their length of play every 15 minutes.