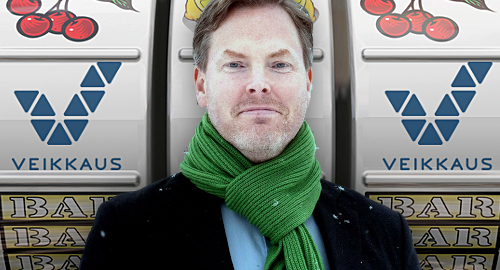 Finnish gambling operator Paf says the country should end the online gambling monopoly held by the state-owned Veikkaus in order to more successfully address the issue of problem gambling.

On Friday, Paf CEO Christer Fahlstedt published an op-ed in local media in which he argued that “the problems in the Finnish gaming industry could be solved with a regulated license system.” Fahlstedt warned the government that its plan to attempt to block Finnish gamblers’ access to Veikkaus’ online rivals won’t achieve its stated policy aims.

Paf, which holds a gambling monopoly in Finland’s autonomous Swedish-speaking Åland Islands region, has over the past few years proactively taken steps to reduce its reliance on high-rolling gamblers, despite the negative impact on the company’s financial performance.

Veikkaus, on the other hand, has more or less been forced into imposing similar restraints following a series of embarrassing episodes that exposed its sketchy commitments to responsible gambling measures (not to mention transparency in procurement contracts).

Last December, Veikkaus warned that its new responsible gambling measures would reduce its earnings by €50m, but recently downgraded its expected 2020 shortfall to €300m due to pandemic-related restrictions. It’s this shortfall – and its expected impact on funding for local charities – that Paf’s Fahlstedt (pictured) suggested could be remedied by a more competitive online gambling market.

Fahlstedt called the government’s domain- and payment-blocking plans for international gambling sites “the wrong tool.” In addition to being ineffective, payment-blocking represented “an exceptional intrusion on the freedom of citizens and it would force banks to act as secret police guarding their customers’ transactions.”

Fahlstedt noted the number of European countries that have made successful transitions from gambling monopolies to competitive online markets, including Denmark and Sweden. Fahlstedt argued that these markets have reduced gambling advertising, while empowering problem gamblers to set spending limits or block access entirely if limit-setting proves insufficient.

Fahlstedt supported Veikkaus maintaining its lottery and land-based slots monopoly but maintains that a more competitive online market would give Veikkaus “an equal competitive position” given that locally licensed sites would all be subject to the same restrictions.

Meanwhile, Veikkaus appears committed to its ‘what, me worry’ approach regarding its monopoly status, having recently issued a press release touting its ranking in the top-10 (at #10) of Finnish companies in the latest annual Customer Relationship Index survey.

Veikkaus CEO Olli Sarekoski claimed his company had performed “great acts of responsibility” during the pandemic, and said it was “great that our customers have noted this.” Sadly, Veikkaus’ recent shortcomings have contributed to consumers adopting a more negative view of gambling as a whole, so maybe don’t plan the ticker-tape parade just yet.