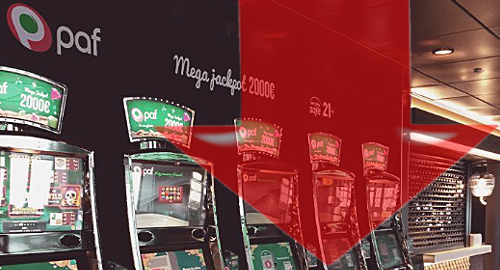 In March, Paf revealed that these changes had reduced their high-volume customers’ spending by around one-third, and the full pantheon of loss-limit tools was expected to reduce Paf’s annual income by around 5% by the time it’s fully implemented this autumn.

On Monday, Paf revealed that its total turnover for 2018 was €111.8m, a 4% decline from 2017’s result. The decline was almost wholly concentrated in Paf’s online operations, which fell to €80m from €84.5m in 2017. The land-based and shipboard gaming operations (the latter featuring slots and table games on some 30 vessels on the Baltic and North Seas) were down only €100k to €31.8m.

Paf CEO Christer Fahlstedt brushed off the profit plunge, saying he was “actually really proud of the result” given that the company is no longer getting fat off its high-volume clients. Fahlstedt characterized Paf’s VIP turnover as “unsustainable money that we no longer wish to receive” and suggested that “the entire gaming industry would feel much better about itself if all the companies openly reveal how they earn their money and choose to stop the big players.”