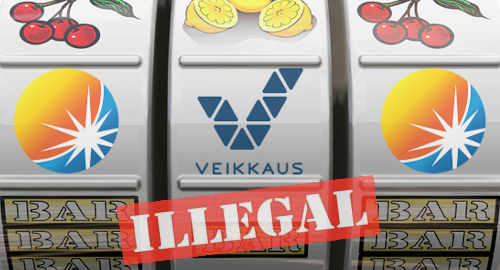 On Monday, the Finnish Competition and Consumer Authority (KKV) issued its verdict on the 2018 contract Veikkaus signed with IGT to handle the gambling operator’s online and land-based lottery, sports betting and bingo platforms. The no-bid contract, which was for an initial eight-year period with three four-year options, was reportedly worth “tens of millions of euros.”

Veikkaus attempted to justify the deal by noting that IGT was already a long-term partner, and thus the new pact was “a continuation of an old agreement.” But an external law firm concluded that the deal likely violated government procurement rules, and Veikkaus reportedly attempted to minimize publicity regarding the deal.

The KKV said Monday that it viewed the IGT deal as “illegal,” as there were no exceptions under the Procurement Act that justified the “substantial changes” Veikkaus made to its existing IGT pact. There was also “no legal basis for direct procurement.”

But Veikkaus won’t face any punishment for fudging the rules, as the six-month time limit for convincing the Market Court to pursue sanctions against the company had expired. As a result, the KKV was limited to providing Veikkaus with “administrative guidance on compliance with procurement legislation.”

Veikkaus did its best to appear suitably chastened, with the company’s top legal director Hanna Kyrki saying the company took the ruling “seriously” and would “strive to act in such a way” that KKV wouldn’t feel the need to intervene in any future deals. However, Kyrki also gave the company an out by saying the Procurement Act is “very open to interpretation.”

In other Veikkaus news, some of the temporary loss limits imposed on its ‘fast-paced’ gambling games have been extended by the Ministry of the Interior. The original limits of €2k per month and €1k per day were both reduced to €500 in April as the COVID-19 pandemic took hold but these new limits were only scheduled to last until September 30.

All gamblers are still required to set their own personal limits and those limits cannot exceed the stipulated ceilings. The resumption of the original monthly loss limit also won’t allow customers who previously set lower limits for themselves to spend above those personal limits.