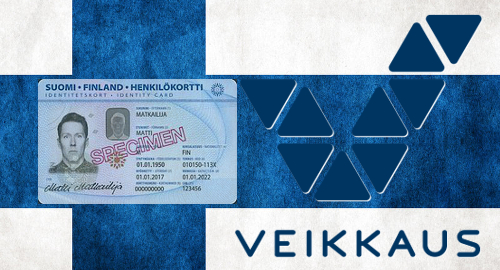 Finland is about to make life more difficult (or more responsible, depending on your perspective) for slot machine fans.

Last week, Finland’s state gambling monopoly Veikkaus used the Christmas hubbub to quietly announce plans to require slot machine players to verify their identities in order to use the machines. The changes will reportedly affect over 18k machines located in supermarkets, gas stations and other non-casino facilities.

The changes aren’t expected to fully take effect until 2023, but Veikkaus expects the new identification requirements will begin appearing on machines before then on a piecemeal basis through the natural process of upgrading older machines for new ones with enhanced features.

The precise method by which Finnish slot jockeys will be required to authenticate their identity has yet to be determined, given Veikkaus’ belief that there are likely to be rapid technological advances in this field over the next five years. Accommodations must also be made to ensure that international tourists can play the slots despite their lack of local credentials.

The change is expected to cost Veikkaus between €50m and €100m but the company was reportedly spurred to act following a report by the National Institute for Health and Welfare THL, which estimated that there were 130k Finns struggling with problem gambling behavior, and which claimed authentication was an effective method of curbing such undesirable activity.

Verification is currently in use on some machines and via Veikkaus’ online offering, but it only allows Veikkaus to track customer activity rather than impose restrictions on their behavior.

Veikkaus’ head of corporate social responsibility Pekka Ilmivalta told Finnish media outlet YLE that it was still too early to say “whether or not the requirement to authenticate will affect all games and all types of gambling.”