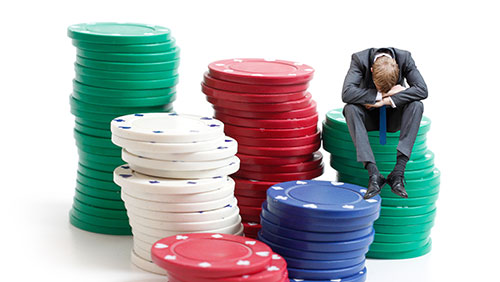 The UK Gambling Commission has slapped online gambling operator 888 Holdings Plc. with a record £7.8 million (US$10 million) for failing to stop problem gamblers using its services.

In an announcement posted on its website on Thursday, the British gambling watchdog found 888 liable for allowing over 7,000 customers who had chosen to self-exclude from their casino, poker or sports betting platform to access the firm’s bingo platform via a technical failure.

Sarah Harrison, chief executive at the UKGC, pointed out that the hefty fine is a reflection of “the seriousness of 888’s failings to protect vulnerable customers.”

“The 888 sanction package will ensure those affected don’t lose out, that the operator pays the price for its failings via a sum that will go to tackling gambling-related harm, and that independent assurance will be given to see that lessons are learnt,” Harrison said in a statement.

In May, the Gibraltar-based firm announced that the UKGC was conducting a review of its compliance with rules to prevent problem gambling. After a three month investigation, the UKGC found that affected problem gamblers were able to deposit £3.5million ($4.5 million) into their accounts due to the technical failure.

This went on for over 13 months without 888 acting on the problem, according to the gambling watchdog. The UKGC also faulted 888 for failing to spot red flags, with one individual customer wagering £1.3 million ($1.67 million) on the site over 13 months.

The UKGC may have meted out a hefty fine but many 888 investors are rejoicing the decision. It would be recalled that many analysts were earlier predicting that UKGC could revoke 888’s license because of the company’s breach of gambling rules. Following the UKGC’s announcement, 888’s shares are up 5.34 percent.

Meanwhile, 888 said in a statement on Thursday that it “accepts the Conclusion of the review and is committed to providing players with a responsible as well as enjoyable gaming experience.”