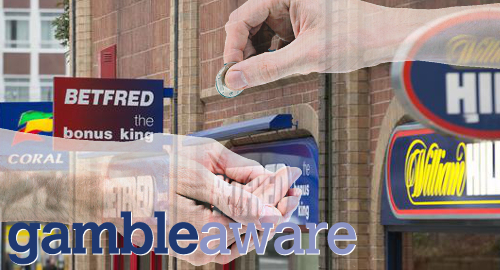 The UK gambling industry’s self-funded problem gambling association says it’s open to the idea of a government-imposed mandatory levy to ensure it meets its funding targets.

On Tuesday, the GambleAware charity outfit issued a release celebrating the fact that it had received £8m worth of funding in the 12 months ending March 31. However, despite this sum representing a 10% rise on the previous year, it remains 20% below the £10m target set by the Responsible Gambling Strategy Board.

GambleAware CEO Marc Etches urged “all businesses that profit from gambling to step up to the plate in the next 12 months to help us achieve our objectives.” And while GambleAware says it still sees value in a voluntary funding system, Etches says his group “would not hesitate in supporting the commencement of a statutory levy if the voluntary system fails to deliver.”

GambleAware’s statement was issued the same day that the Times reported that some less scrupulous UK gambling operators had contributed a token 1p to GambleAware in order to avoid being tagged with the scarlet letter of having contributed nothing.

The Association of British Bookmakers (ABB) joined in the public shaming, telling the Racing Post that, while ABB members represent only 25% of the UK gambling market, they contribute over half of GambleAware’s annual budget. The ABB insisted that it was time for “other gambling businesses to step up their funding of responsible gambling organizations.”

Etches told the Racing Post that “most well-known bookmakers” were doing their bit, but “all sectors need to do more to ensure the amount they give keeps pace with the growth of the industry.” Etches also called on “others who profit from gambling, such as online media, broadcasters and professional sport to accept a share of the responsibility.”

The idea that sports bodies should be required to ante up to help reduce gambling-related harms is interesting, given that some of these bodies have been trying to force bookmakers to kick back a share of their betting revenue to sport.

Earlier this month, the English Football Association (FA) was publicly musing about pursuing a statutory sports betting levy, similar to the type enjoyed by the UK’s racing industry, based on the FA’s belief that bookies were getting a free ride off their product. Let’s see how eager the FA is to cut GambleAware a check now that the shoe is on the other foot.