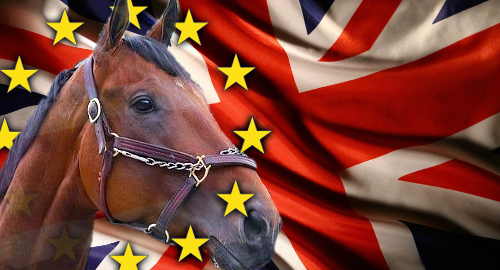 The European Union’s regulatory body has okayed the UK’s plan to impose a levy on online race betting, even as the UK continues its plans to detach itself from the EU.

On Friday, the European Commission (EC) announced it had endorsed the UK government’s plan to impose a uniform 10% levy on all race betting revenue above the first £500k – land-based and online – to replace the old Horserace Betting Levy system.

The EC’s approval was necessary to determine whether the new plan amounted to illegal state aid of a domestic industry, a highly frowned upon practice under EU trade rules. But the EC determined that the UK plan was “essential for the improvement of horse breeding and horseracing without giving rise to undue distortions of competition.”

The UK racing industry had long complained that, while UK bookmakers were required to ante up a slice of their retail race betting revenue, the operators’ online operations – most of which were based in so-called White List jurisdictions such as Gibraltar, Alderney and the Isle of Man – weren’t subject to the same requirements.

That fee dodge effectively ended when the UK Gambling Commission (UKGC) imposed its new licensing regime in 2014, which scrapped the White List and required all online operators to win UKGC approval. The UK government subsequently announced plans to ensure a uniform contribution from all betting operators taking action on UK racing.

The new uniform levy was supposed to kick in on April 1, but the EC’s delay in rendering its verdict means the negotiated 56th Levy Scheme will remain in place until March 31, 2018, or until the UK government announces an effective date for the new uniform rate to apply.

The British Horseracing Authority (BHA) couldn’t resist crowing about the EC ruling, saying it had the potential “to put an end to unnecessary divisions between racing and betting as it creates a level playing field, removes the need for annual negotiations on the rate and provides long-term certainty for both parties.”

The EC’s approval could yet face an appeal from diehard online operators who resisted joining the UK racing industry’s Authorized Betting Partners scheme, which reserved race sponsorship opportunities to operators who forked over a satisfactorily large cut of their online betting revenue.

The EC’s approval was sought prior to UK voters approving the UK’s ‘Brexit’ from the EU, meaning the EC’s approval will only hold sway until the UK formally divorces itself from its continental cousins.