Home / Business / UK racing back behind closed doors, casinos’ backs “to the wall” 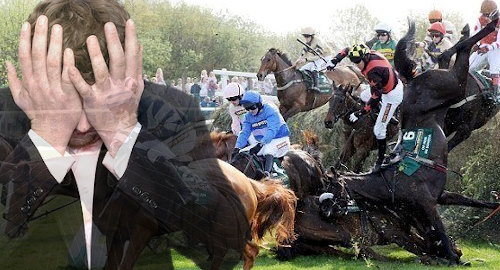 UK racing meets are going back ‘behind closed doors’ as the government re-imposes pandemic restrictions on retail operations and social gatherings.

On Tuesday, UK Prime Minister Boris Johnson bowed to the inevitable and announced new restrictions on entertainment venues, including mandatory shutdowns between 10pm and 5am and halting plans to welcome fans back to sports stadiums starting October 1. Johnson warned that the UK’s stubbornly rising COVID-19 infection rate means the new restrictions could last up to six months.

Among the casualties of the new rules are racecourse trials of allowing a limited number of spectators to watch the action in person. The Newmarket Racecourse in Suffolk said Tuesday that its plan to allow up to 1,000 spectators per day at the three-day Cambridgeshire meeting starting this Thursday was now off, and the meet would go ahead as “a behind closed doors fixture.”

Monday saw Warwick Racecourse welcome a crowd of 500 spectators to its jumps meeting. Organizers praised the experiment as going off without a hitch, but this appears to have been a last hurrah for racing’s efforts to resume something resembling normalcy this year.

The British Horseracing Authority (BHA) said Tuesday that it hoped an evaluation of data that emerges from trials like Warwick’s would help “inform future decisions about sporting events.” But the BHA also said the government’s new restrictions were “a serious blow to the horseracing industry and to the people and communities who depend upon it for their living.”

The BHA said it had informed the government that, as racing is the country’s second-biggest spectator sport, racecourses expect up to £300m in lost revenue this year. The BHA is preparing an economic impact assessment that it hopes will spur the government to ensure greater financial assistance that preserves racing jobs.

Racing isn’t the only UK gaming sector pleading for help. The Betting & Gaming Council (BGC) issued a statement Tuesday saying Johnson “may well have signalled the death knell for the casino industry by including them in the list of venues which will be forced to close their doors at 10pm.”

On Monday, the BGC had pressed the government to permit casinos to continue operating past 10pm if they agreed to close their bars. Meanwhile, London Mayor Sadiq Khan was pressing in the opposite direction, calling for regional limits on entertainment venues to apply in the capital as well.

BGC CEO Michel Dugher said Tuesday that it was “now absolutely vital” for the government to ride to the casino sector’s rescue with checkbook in hand. Dugher wants to see the furlough payment scheme extended beyond October 31 along with other “immediate and substantial financial help,” otherwise the casino sector “will simply go to the wall.”