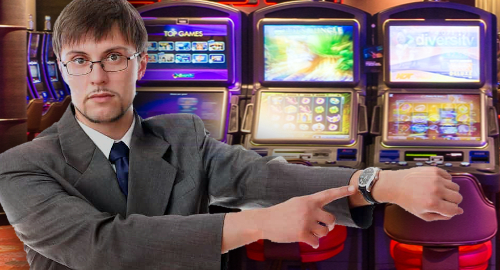 Dutch gambling venues have been hit with new pandemic restrictions on their hours of operation, while London’s casinos desperately try to fend off fresh limits.

Last Friday, the Netherlands’ Ministry of Health, Welfare and Sport issued “new regional measures to control the spread of coronavirus.” The restrictions, which took effect at 6pm on Sunday, require all venues with catering licenses to stop accepting guests after midnight and all guests must leave the venues by 1am.

The new rules apply to venues in six geographic regions currently facing “the sharpest increase in coronavirus infections.” These regions are Amsterdam-Amstelland, Rotterdam-Rijnmond, Haaglanden, Utrecht, Kennemerland and Hollands Midden, which contain most of the country’s major cities, including Amsterdam, Rotterdam and the Hague.

The news is a bitter blow for the state-run Holland Casino, which just last week was celebrating plans to extend operating hours at some venues from 3am to 4am. The rationale behind this change was that staying open longer allowed the venues to accept more guests under existing COVID-19 restraints, which limit the number of guests allowed inside at any one time to 30% of normal capacity.

Prior to the shutdown, Holland Casino had been enjoying a 7% revenue rise thanks to improvements in customer visitation (+3.9%) and average spend per visit (+3.1%). CFO Ruud Bergervoet said this, along with government support, gave the company sufficient liquidity to sustain it through the closure.

CEO Erwin van Lambaart said in August that the outlook for the rest of 2020 was “not exactly rosy and for next year extremely uncertain.” The chief exec said the company was studying all options to ensure it could “remain financially healthy and future-proof,” promising to issue more precise details of these efforts by December.

Across the English Channel, the UK’s Betting & Gaming Council (BGC) is pleading with the government not to include London’s casinos in a planned 10pm curfew for entertainment venues. The plea came as London Mayor Sadiq Khan pressed the Tory government to extend regional restrictions on pubs, clubs and other watering holes to the nation’s capital.

London’s 26 casinos sent Khan a letter noting that they do up to 70% of their business after 10pm, and thus an early close could have a “catastrophic” impact on operations. The casinos, which were shut down in mid-March along with other non-essential retail, were only allowed to reopen in mid-August, two months after betting shops were permitted to reopen.

The casinos have proposed halting the sale of alcohol after 10pm, reasoning that closing their bars will lessen the likelihood of groups of lushes congregating in small areas. The casinos also believe their customers’ average age of 48 makes it less likely that their venues will feature the kind of cavalier approach to social distancing associated with younger revellers.

BGC CEO Michel Dugher said his group supported public health initiatives but “a blanket 10 pm curfew would be devastating” for an industry only just getting back on its feet after five months of inactivity. Dugher warned that thousands of casino jobs were on the line and the potential permanent closure of iconic venues could inhibit the overall economy’s rebound.