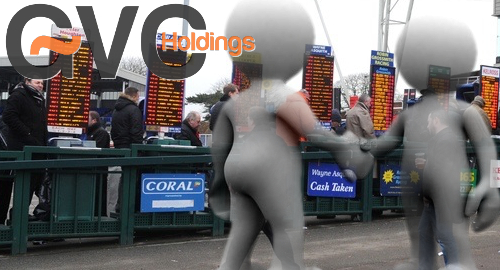 On Tuesday, GVC confirmed that it had sold its Coral and Ladbrokes brands’ on-course bookmaking operations at 85 UK racetracks and another 21 in Ireland to John Hooper, who operates a betting business under the name Sid Hooper. Terms of the sale weren’t disclosed.

GVC trading director Tom Ritzema said this was a decision that “has not been taken lightly” and the company was “very sad” to see the brands disappear from racetracks after decades of operations. Ritzema insisted that GVC “remains totally committed to horseracing,” as evidenced by its Coral/Ladbrokes brands race sponsorships and the fact that GVC is “the biggest single provider of betting revenues” to racing.

UK bookmakers have been deprioritizing their on-course betting operations for years as the ability to wager online led to decreased punter interest in queueing in the rain at bookmakers’ stalls. Hooper acquired 82 on-course pitches from GVC rival William Hill two years ago.

Ritzema noted that GVC’s on-course betting volume was “minuscule” compared to betting shop and online wagers, leaving the on-course pitches in a “loss-making” position and devoid of a “strategic purpose.” Ritzema said the ongoing challenges posed to racing by COVID-19 “expedited the decision but was not one of the factors behind it.”

The UK is currently wrestling with a second pandemic wave that nixed efforts to open racetracks to the general public. A handful of spectator trials were allowed to proceed at some UK tracks in September while other tracks were forced to halt their trials almost before they began.

On Tuesday, the British Horseracing Authority (BHA) issued a reminder to racing stakeholders regarding the health & safety protocols of ‘behind closed doors’ racing. These include mandatory mask wearing, sticking to one’s assigned areas to preserve ‘racecourse zone integrity’ and declaring stable staff well in advance of each fixture to ensure proper health screening.

BHA CEO Nick Rust said this week that half of racing revenue comes from spectators, who haven’t been permitted to gather at tracks in any significant numbers since March. The current restrictions spell “a bleak look for our sport over the next six months” and if the situation doesn’t revert to normal next year, “we’re at strong risk of losing racecourses.”

Rust said the BHA was lobbying furiously for direct financial support from the government, while (of course) pushing to “adjust the model” for how horserace betting revenue is shared under the Levy scheme “to make sure that it’s up to date for today’s times.”