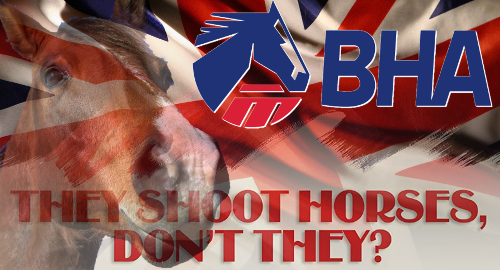 UK betting operators hoping for the imminent resumption of the nation’s horseracing sector had their hopes dashed on Thursday after the COVID-19 suspension was extended.

On Wednesday, the British Horseracing Authority (BHA) announced that the pandemic-related suspension of all racing meets, which was due to expire at the end of this month, would be extended indefinitely as the government plans to extend its current lockdown provisions by another three weeks.

The BHA, which imposed the racing suspension in mid-March, announced last week that it hoped to lift the suspension by May 1 pending government approval. But the government announced another 861 COVID-19 deaths on Wednesday, prompting Health Minister Matt Hancock to declare that “it is too early to make a change.”

The BHA says it will continue to plan for the resumption of some racing ‘behind closed doors’ next month if “the safety of participants can be assured and the pressure on the health service allows.” The BHA added that the idea of racing with crowds in the stands is out of the question “until June at the earliest.”

Some other markets, including Australia (with the exception of Tasmania), Hong Kong and Japan, have opted to continue racing operations, albeit with only essential individuals on site. This concept isn’t without its hiccups, as two jockeys were fined by Racing New South Wales for offering each other congratulatory hugs following a race last Saturday.

Other countries that paused their local racing operations have begun making plans to relaunch activity following the ‘behind closed doors’ model. Germany recently announced that it would resume racing on a limited and spectator-free basis by May 1. South Africa’s racing sector has proposed a similar scheme but has yet to receive the government’s okay.

France suspended its racing until May 11, but race betting giant Pari-Mutuel Urbain is pitching the government on its “ability to organize meetings, closed to the public, with an excellent level of prevention of the risks of spread of the virus.” Stakeholders are due to meet with government ministers next Tuesday to discuss their options.

Ireland’s racing operations are shut down until at least May 5, which may have contributed to a dangerous stunt that saw two harness teams stage a race down a busy highway in Killarney on Wednesday. Based on video posted to social media, police seized one of the horses involved and the humans involved will likely face multiple charges.