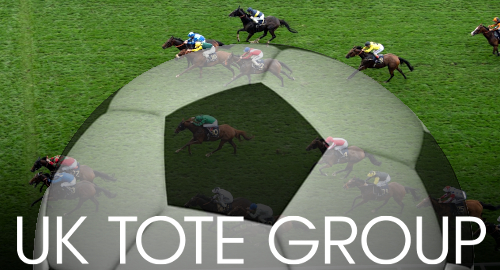 The pari-mutuel betting group behind the UK Tote are planning to start taking wagers on human sports in a bid to lessen their reliance on bob-tailed nags.

On Friday, Sky News reported that the UK Tote Group had raised £20m in new equity from existing investors. The money will be used in part to fund a diversification strategy that will see the race betting operator establish a new football betting division sometime next year.

A Tote spokesperson stated that responding to “new opportunities … remains a key priority” for the well-heeled individuals behind Alizeti Capital, which acquired the Tote from former owners Betfred last year.

The Tote spokesperson said the new opportunities currently on the horizon include “being able to expand into other sports” and promote the Tote to “a broader base of sports fans” that have yet to succumb to pool betting’s charms. While the Tote is said to be doing alright, there appears to be a growing consensus that putting all its eggs into one basket is no longer an advisable strategy.

UK race betting has struggled to rebound from a series of pandemic restrictions that forced racing ‘behind closed doors’ with no punters in the stands. In October, GVC Holdings sold its UK and Ireland on-course bookmaking operations, which GVC said were handling “minuscule” betting handle.

UK racetracks in some pandemic regional ‘tiers’ welcomed back a limited number of spectators this week under strict health and safety precautions. But the Jockey Club recently stated that the pandemic would likely reduce its 2020 revenue by £90m with the damage bleeding into 2021 as well.

In October, the Horserace Betting Levy Board (HBLB) announced that it would continue its “significantly increased support” for racing through the first four months of 2021. The HBLB has allocated nearly £32m from January through April, with nearly £7m in additional regulatory grants and another £650k to handle costs associated with pandemic protocols.

However, HBLB chairman Paul Darling warned that “this level of funding … is unsustainable beyond the short-term.” Darling urged racing and betting stakeholders to “work together on future plans” as contributions return to normal levels.

Last month, the Arena Racing Company waived entrance fees through the end of the year for struggling on-course bookies at all tracks that were allowed to admit spectators. ARC further promised to see what support it could offer the dwindling number of on-course bookmakers in 2021.