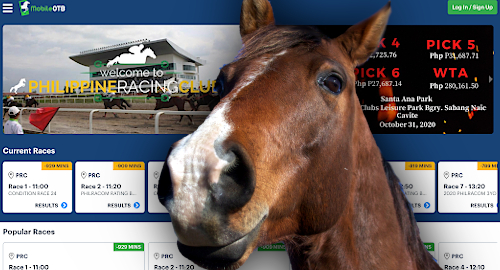 Asia’s racetracks are embracing digital wagering as a way to keep bettors on board while the pandemic prevents them from sitting in the stands.

On Sunday, the Bangalore Turf Club (BTC) kicked off its winter season under pandemic ‘behind closed doors’ restrictions, meaning only trainers, jockeys and other stakeholders – including only one owner per horse – are allowed at the track, while the grandstands will be utterly free from the usual crowd of up to 8,000 spectators.

There was no betting offered on Sunday’s meet – the first racing activity the track (and much of India) has seen in seven months – nor will there be any on the November 7 meeting. The BTC’s new mobile betting app is apparently still not ready for prime time and reportedly won’t be available until the November 14 meeting.

This summer, the Karnataka state government gave in-principle approval to BTC’s request to offer digital wagering, the first such permission granted to any Indian racing body. But BTC managing committee member Harimohan Naidu said this weekend that the app’s development was “still under process.”

With no betting proceeds coming from the races, a senior steward said the BTC has agreed to pay the winner 45% of the stake money garnered from the corresponding race last year. The steward emphasized that this practice would last “only till our app is deployed.”

The BTC’s foray into digital betting was quickly mimicked by the Hyderabad Race Club (HRC), which received similar permission from the Telangana state government in September. The HRC reportedly plans to launch its new season on November 19 but it’s unclear whether its betting app will be ready in time.

Like most track operators, the PRC wasn’t wild about plans by the Philippine Racing Commission to permit only limited reopening of physical off-track betting points of sale, with no live television feeds and punters limited to placing only a single bet to ensure they don’t linger and violate social distancing rules.

Race bettors can now wager to their hearts’ content via the MOTB, which received approval last week from the Games & Amusement Board to offer a wide variety of bets. The MOTB is supported by digital tote betting firm NorthAlley India Pvt. Ltd, which handles wagers for six Indian tracks.

In addition to permitting punters’ greater latitude in wagering options, Cualoping said the app would also help expose racing to “millennials and other untapped markets nationwide.” Cualoping was proud that PRC could serve as “the ‘sacrificial lamb’ to try and give our industry a boost.”

There’s some cognitive dissonance in the Philippines allowing its citizens to place online bets on racing while the locally licensed Philippine Offshore Gaming Operators (POGOs) are prohibited from accepting action from local residents. That, along with some truly dodgy tax decisions, are undoubtedly contributing to the ongoing POGO exodus that has been underway for a year or so.