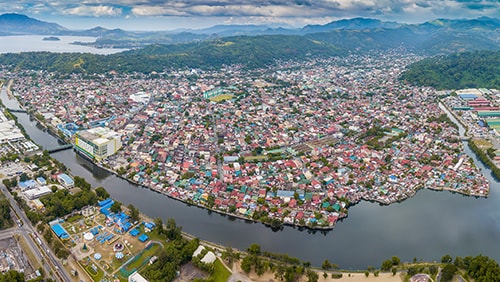 After the closure of one Subic-area Philippine Offshore Gambling Operator (POGO), a can of worms was opened revealing just what happens when Chinese employees are kicked to the curb. Now, the rest of the POGOs in the neighborhood appear to be closing as well.

Subic Bay Metropolitan Authority (SBMA) chair Wilma Eisma has revealed that the three remaining POGOs have signaled their intention to close due to the problems they face from the Covid-19 pandemic. They are still operational, but she noted at an online briefing that “the owners of the remaining Pogos have said that they are also in the process of winding down.”

The last time we heard about Subic’s POGOs, it set off a firestorm of conversation in the Philippines Senate. Chinese POGO employees were inferred to be registering for retirement Visas rather than leaving the country. That’s not happening this time.

The SBMA is working with the Bureau of Immigration for all Chinese POGO workers being let go by the 3 operators. They’ll be forced to return to China before they may return under any other visa, unless they can find a job first.

In an op-ed for the Manila Bulletin, Dr. Bernardo M. Villegas, one of the founders of the Makati Business Club and a framer of the Philippines 1987 Constitution, discusses the rumbling’s he’s heard from the sector, and specifically what the future of POGOs look like.

The prayer for POGOs at this point is India. In discussing his conversations with real estate property analyst David Leechiu, he notes Leechiu’s confidence that “India may come and enter the market this year but it will not be as large as that from China.”

Dr. Villegas is far less confident that POGOs will see that savior. “The pandemic will be long lasting on the POGO operators and that the slowdown, if not their total disappearance, will have to be part of our contingency planning for the office and residential sectors,” he wrote.

He’s not worried about Real Estate in general. There’s some level of confidence that as the west might slide into a depression, the Philippines office sector could see a bump from businesses offshoring more responsibilities.