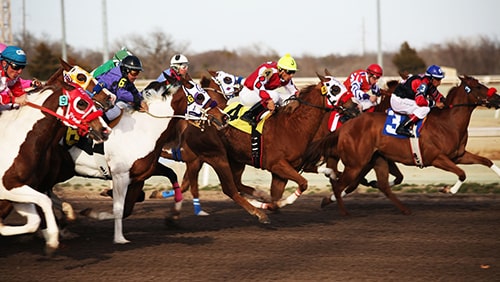 Very rarely – there are better odds of winning the Powerball – will someone fight any country’s tax authority and win. Unless there is clear, irrefutable support for the case, it’s not even worth trying it. Taxes are, for better or worse, a way of life and no government is going to be willing to give up any revenue stream it has established. A gambling operator targeting the German market has found out that its attempt at fighting the government over its tax obligations was like hitting your head against a brick wall, and will now either have to pay up or shut down.

The unidentified operator is reportedly based in the European Union but has its headquarters outside Germany. That didn’t stop it from legally accept bets on horse races from German gamblers as far back as 2012 but, when it came time to pay its tax bill, it suddenly decided it didn’t need to. It argued that the newly-created State Treaty on Gambling, which had gone into effect that year, provided a “lack of specificity and clarity” regarding tax obligations on gambling activity and was, therefore, unconstitutional.

The operator took its case to a court judge, who, in 201, ruled that the objection had no merit. Undeterred, the company then went to Germany’s Hessian Finance Court, which reached the same conclusion as the lower court in January 2019. Still not ready to accept defeat, the company met with Germany’s Finanzamt, the country’s tax office, which has now, like in the two previous attempts, determined that the operator had no foundation for its argument and that it is going to have to pay its outstanding tax bill.

The operator had tried to argue that conflicting information in the Racing Betting and Lottery Act (RennwLottG) made it impossible for Germany to accurately calculate the taxes due. One section of the legislation, Section 11, discusses a 5% tax on the stakes of race wagers, while Section 17 states that wagers placed by a resident in Germany or processed by a German entity are to be taxed at 5% of the “nominal value of the betting slips.” Section 17 infers a higher tax rate, and the operator asserted that the “delimitation between the taxable elements of Section 11 of the RennwLottG and Section 17 of the RennwLottG is not clearly regulated.” It added that Section 17 doesn’t contain language that identifies horserace wagers as being governed by the section, but hasn’t been able to find any legal support for its argument.

In trying to close the case once and for all, the Finanzamt told the operator that Section 11 is only for retail racing wagers, and that everything else is controlled by Section 17. It even cited language in the RennwLottG that specifies this, explaining that the legislation emphasizes Germany-based sportsbooks in its text. It gave its final verdict to the operator, telling it, “[Section 11] therefore does not include racing bets which, due to the lack of a domestic location, are offered by bookmakers only established abroad and concluded on the Internet.”

It isn’t clear how much is owed in taxes or if the operator is still active in the German market. However, if it wants to target the country, it will have to break out the checkbook and pay its bill. Otherwise, there are plenty of other sports gambling options available to German residents.