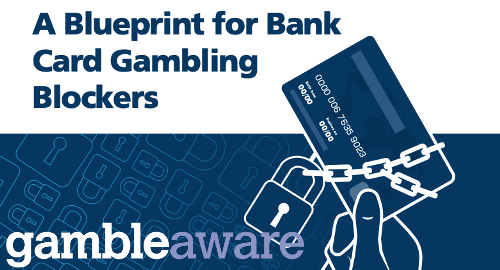 On Tuesday, the GambleAware charity issued a report titled A Blueprint for Bank Card Gambling Blockers, produced in cooperation with the University of Bristol. The report examines the growing trend of financial institutions empowering customers to prevent using a debit or credit card to access products carrying a gambling-related Merchant Category Code (MCC).

This is unfortunate, because GambleAware’s report indicates that each of the roughly 500k Britons who have engaged blocking tools to date prevent an average of two to three gambling transactions each month. This amounts to between 390k and 585k total transactions blocked per month.

Among the study’s problem gamblers, slightly below one-third activated a card blocker. Of these, nearly 70% spent less or no money since activating the blocker.

However, there are some chinks in this armor. Of the eight banks offering blocking tools, three of them allowed customers to switch them on or off immediately, “meaning they function more like a light switch than a lock.”

The study suggests more ‘friction’ is required for these tools to work, including time-release locks that span at least 48 hours, with the added option of a permanent block. The study also suggests that human interaction should be required to deactivate a time-release lock.

Other suggested improvements include allowing customers to set gambling spending limits and limiting gambling transactions to specific times of the day. The study also believes customers who’ve activated blockers should have the option to impose limits on ATM cash withdrawals to eliminate a potential ‘workaround’ to the blocker.

Among the study’s most urgent recommendations is publicizing the existence of payment blockers. The study found that 43% of participants – including many who were undergoing treatment programs for excessive gambling – were unaware of these tools.

The report was based on research conducted between July 2019 and March 2020, but GambleAware noted that the UKGC banned its licensees from accepting deposits via credit cards in April 2020, so the data presented in the report is based solely on debit cards. However, the study suggests gambling blocks should continue to be offered on credit cards.