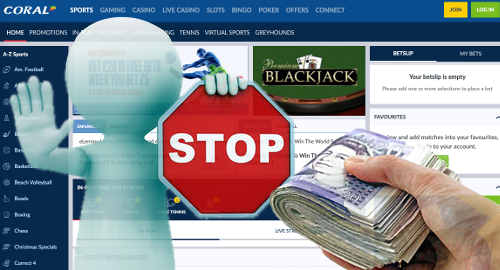 Banking apps that block gambling transactions are proving a hit with UK gamblers while an Australian bank has copped to knowingly boosting a problem gambler’s credit card spending limit.

The UK’s Daily Mail recently reported that over half a million Brits had taken advantage of new options to block payments to gambling sites from their bank accounts. Mobile banking outfit Monzo, which pioneered the self-exclusion scheme two years ago, reportedly has 220k customers who’ve made use of the option.

Starling Bank said 200k customers – roughly one-sixth of its total number of clients – had opted for its gambling payment blocking tool, while Lloyds had 120k users of its scheme and HSBC added another 30k to the total.

The UK Gambling Commission (UKGC) plans to ban the use of credit cards for gambling purposes as of this April, part of the regulator’s new strategy for (a) reducing gambling-related harm, and (b) showing parliament that it’s not ‘unfit for purpose,’ as some MPs have suggested due to the UKGC’s alleged coziness with its licensees.

AUSTRALIA’S COMMBANK COPS TO LETTING GAMBLER DOWN
On the other side of the world, Australia’s banks are presently mulling their own credit card betting ban, which seems all the more likely given the recent decision by the Australian Securities and Investments Commission (ASIC) to sue Commonwealth Bank of Australia (CBA) for seriously failing to protect a problem gambler from himself.

In 2016 and 2017, CBA increased the credit card spending limit of Mr. David Harris, despite Mr. Harris having notified CBA that he was a problem gambler and didn’t want to accept any credit offers until he was certain his gambling activity was under control.

The CBA went on to increase his credit limit several more times. In 2018, Harris told a Royal Commission on financial services that he’d informed the bank that he had a gambling problem, which they could “clearly see … because of the transactions I’ve been making, and I don’t understand why they keep offering me more money.”

CBA issued a statement this month admitting that “we did not do the right thing by this customer and we apologize.” CBA added that it has since made a number of changes, including customer-initiated transaction blocks.

Having admitted its failings under the National Consumer Credit Protection Act, the CBA doesn’t intend to offer a defense of its actions. The only thing left to decide is how big a price CBA will pay for its failures.