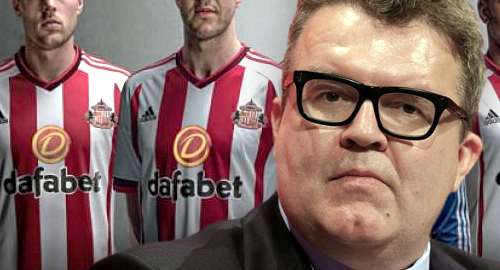 The UK Labour Party would ban betting companies from inking football shirt sponsorship deals if the party forms the next government, according to its deputy leader.

On Tuesday, Tom Watson, Labour’s shadow minister for digital, culture, media and sport, announced that it was time to “recognize the harm problem gambling does and take gambling logos off football shirts … Football has to play its part in tackling Britain’s hidden epidemic of gambling addiction.”

Watson said that if Labour ever dethrones the Tories, the party would pressure the English Football Association to impose a ban on betting companies promoting their brands on team kit, but the party wouldn’t hesitate to pass its own restrictions if the FA proved unwilling to act.

Nearly half – nine out of 20 – of English Premier League clubs currently have gambling companies’ logos on their jersey fronts. Watson claimed that this high visibility “puts gambling brands in front of fans of all ages” not just in the stadiums but also via live television broadcasts and sports highlight programs.

A point that Watson appears to be missing is that the majority of the betting firms who have secured EPL shirt deals don’t actually do much business in the UK, and are therefore unlikely to be influencing local problem gambling rates. Companies like Dafabet, Fun88 and M88 are overwhelmingly focused on the Asian market and are simply taking advantage of the EPL’s global popularity to target punters back home.

Worse, while Watson is only too happy to jump on the anti-gambling bandwagon that the UK media has been ginning up with reckless abandon this year, he went a bridge too far by using the government’s previous ban on tobacco companies sponsoring sports to justify Labour’s proposed clampdown on betting sponsorship.

Watson told the Guardian that “just as tobacco companies were banned from sponsoring sporting events and putting their logos on branded goods because of the harm smoking can cause, it’s right that we recognize the harm problem gambling does and take gambling logos off football shirts.”

This analogy is not just inaccurate but downright offensive, as there’s no such thing as a safe cigarette, while the physical and mental health benefits of responsible gambling are well documented. And it’s worth remembering that while the UK’s problem gambling numbers may have recently experienced a slight uptick, they remain a mere 0.8% of the population, on par or below most other countries, despite the UK’s much higher tolerance for gambling advertising than most of these countries.