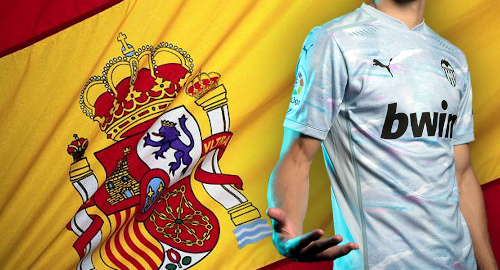 Spain’s online gambling operators will get to promote their wares via La Liga football jerseys until the end of the current season.

On Wednesday, Alberto Garzón, Spain’s minister of Consumer Affairs, sent a letter to the country’s top football leagues advising them to wrap up any sponsorship deals with gambling operators before the 2021/22 season gets underway next September.

In July, Spain unveiled its new Royal Decree on gambling advertising, which calls for the elimination of most forms of online gambling marketing, including the presence of gambling operators’ logos on the shirts of Spanish football clubs.

But news of the Decree led gambling operators signing a bevy of new sponsorship deals and/or extending existing deals before the Decree was supposed to take effect this month. Even the state-run SELAE lottery operator got into the act, leading Garzón to eventually concede that there would be an undetermined grace period for existing deals.

Garzón’s letter justified the curb by claiming that gambling visibility in major sports had contributed to a sharp rise in problem gambling behavior among Spain’s youth. These claims have been challenged by Spain’s gambling operators, as well as through official statistics that show Spain’s problem gambling rate is among the lowest in Europe, despite a double-digit increase in gambling advertising.

There are currently seven La Liga clubs with gambling sponsors, while numerous clubs in Spain’s first and second divisions will also be required to wrap up their gambling deals by next spring. La Liga president Javier Tebas has warned that clubs stand to lose €90m as a result of the new rules, revenue they can’t afford to lose due to the suspension of live ticket sales due to COVID-19.

Italy has already enacted similar marketing curbs and the country’s top-tier football league pleaded with the government to lift the ban, at least during the current pandemic crisis. This week, the English Football League launched a defense of its clubs’ gambling ties ahead of the UK government’s long-awaited review of the 2005 Gambling Act.