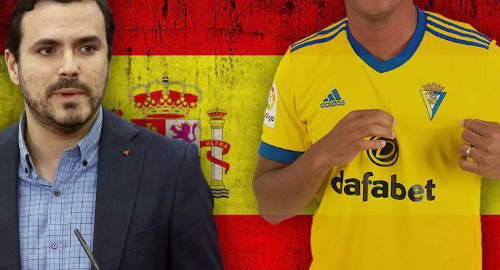 Spanish-licensed gambling operators have come under fire for continuing to sign new sports sponsorship deals despite new rules that will soon prohibit such activity.

Earlier this month, online gambling operator Betway signed a shirt sponsorship deal with La Liga football club Real Betis Balompié. Betway CEO Anthony Werkman hailed the deal, saying the company hoped “to be able to show ourselves to [the team’s] fans and to the people of Seville.”

Around the same time, Asian online betting operator Dafabet signed a two-year sponsorship deal with La Liga’s Cádiz CF, a move that Dafabet CEO Dimitris Karatzas said would help “consolidate our brand in the Spanish market.” Dafabet has yet to formally launch operations in Spain, but did strike a deal in June to operate off R. Franco Digital’s platform.

More recently, Spanish media reported that UK bookmaker William Hill is negotiating a sleeve logo placement on the jerseys of Málaga CF, a team with which the company once held a main shirt sponsorship.

News of these deals has puzzled many onlookers, given that Spain has previewed plans to end all gambling sponsorships of local sports, part of the new online gambling marketing restrictions that are set to take effect in October, less than one month after the new La Liga season gets underway.

Local media speculated that the two gambling operators were throwing down their gauntlets before Alberto Garzón, the Consumer Affairs minister who has led Spain’s efforts to rein in its online gambling licensees, on the expectation that the new rules will not withstand legal scrutiny. Others suggest that the deals were struck with the UK-based divisions of these operators, presumably intended as a potential end-run around the restrictions.

On Tuesday, Garzón (pictured) hit back, telling local media that the Spanish football clubs have engaged in “huge recklessness” by signing deals “knowing that this Royal Decree will be approved in October.” Garzón insisted that the government “consider it absolutely necessary that advertisements for gambling on shirts disappear.”

On the flip side, Garzón singled out Real Sociedad for praise after the club reportedly decided “not to reach agreements for this type of sponsorship.” Garzón warned that “everyone will have to change” their gambling sponsorship arrangements, and “it does not enter my head” as to why any club or operator would continue to pursue such deals.