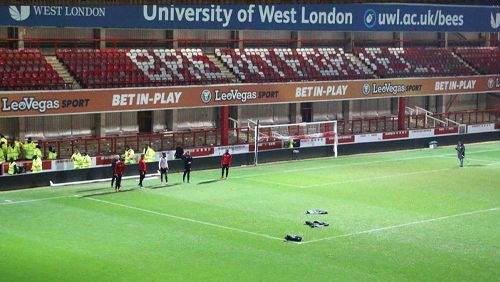 The South African betting operator’s logo is set to feature on the back of the Brentford jersey for all of Brentford’s senior teams. Brentford Football Club Commercial Director James Parkinson was delighted with the agreement:

“Hollywoodbets plays a significant role in its communities, both in South Africa and abroad. Working with our award-winning community sports trust, the Brentford Football Club has always been at the heart of its local community, so we look forward to a partnership with Hollywoodbets that shows a great deal of community involvement. This partnership will provide both brands with exposure in different markets.”

In the same statement to the local press, Hollywoodbets brand and communications manager Devin Heffer expressed his optimism for the partnership. Heffer is hoping that South Africa’s love affair with soccer will help bolster support for the partnership. “This is Hollywoodbets’ first step into football sponsorship in the United Kingdom, which coincides with the opening of our online operations in the UK and Ireland,” he said.

Heffer was quick to point out the appeal of English soccer clubs with fans in South Africa:

“Nearly every single South African football fan has his or her favourite team in the English football leagues. We believe that having a championship team associated with a local brand will generate greater interest and the Bees can expect an enhanced fan base from the rainbow nation. Brentford FC has a rich football history spanning 131 years and has ambitions to be a Premier League club. We look forward to providing our full support to the Bees and joining their fans in being a part of this ultimate goal.”

The move represents a significant step for Hollywoodbets as the deal represents their first venture into the competitive world of English soccer. The South African betting operator enters the league at a time when it’s fighting for survival from the COVID-19 conditions and dealing with the changing regulations towards betting sponsorships in football.

The economic impact of the pandemic has backed EFL into a corner, with the U.K. government rejecting the pleas to provide government handouts to EFL football clubs. Boris Johnson’s government continues to explore banning betting operators from sports sponsorship in the UK. The move would be put the EFL on a collision course with the government, who have depended on this revenue over the last 12 months.

Brentford sits in 11th position in the EFL table and play Middlesbrough this weekend.