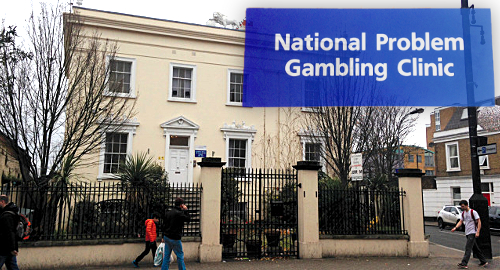 Problem gambling mitigation is getting a boost from the UK government’s reform of the National Health Service (NHS) as well as from new initiatives from major banks.

This weekend, the Mirror reported that UK Prime Minister Theresa May planned to instruct Health Secretary Matt Hancock to build more dedicated facilities to address problem gambling behavior. There is currently only one such facility in the UK, the National Problem Gambling Clinic in London’s Fulham area.

Previously, specialist treatment for gambling issues has relied on charitable funding but the new facilities will come courtesy of the government’s planned injection of an additional £20.5b into the NHS by 2023. Around £2.3b of this sum will go toward mental health services.

The UK’s gambling industry-funded GambleAware charity, which helps support the National Problem Gambling Clinic, celebrated the news as a “very welcome development.” Last November, GambleAware announced the commissioning of a second such clinic in Leeds that is expected to open in April. The Leeds facility will eventually assist problem gamblers across the north of the country through a hub-and-spoke model.

Without questioning the obvious need for such facilities, it’s worth noting that the latest UK Gambling Commission statistics show the nation’s rate of problem gamblers virtually unchanged from previous reports, while gambling participation rates are actually on the decline. Those fact-based trends stand in marked contrast to the alarmist narrative being peddled by the UK’s usual media suspects. But we digress…

Meanwhile, more UK high street banks plan to introduce tools that will allow their customers to mitigate excess gambling activity. This Is Money reported last week that Lloyds, Santander and the Royal Bank of Scotland plan to implement new systems later this year that will allow customers to adjust an app setting that prevents their debit cards from being used to fund gambling activity.

Barclays made headlines in December by becoming the first major high street bank to allow cardholders to block spending on a variety of merchant types, including gambling. Mobile-only bankers Monzo announced plans for a similar system in May 2018.