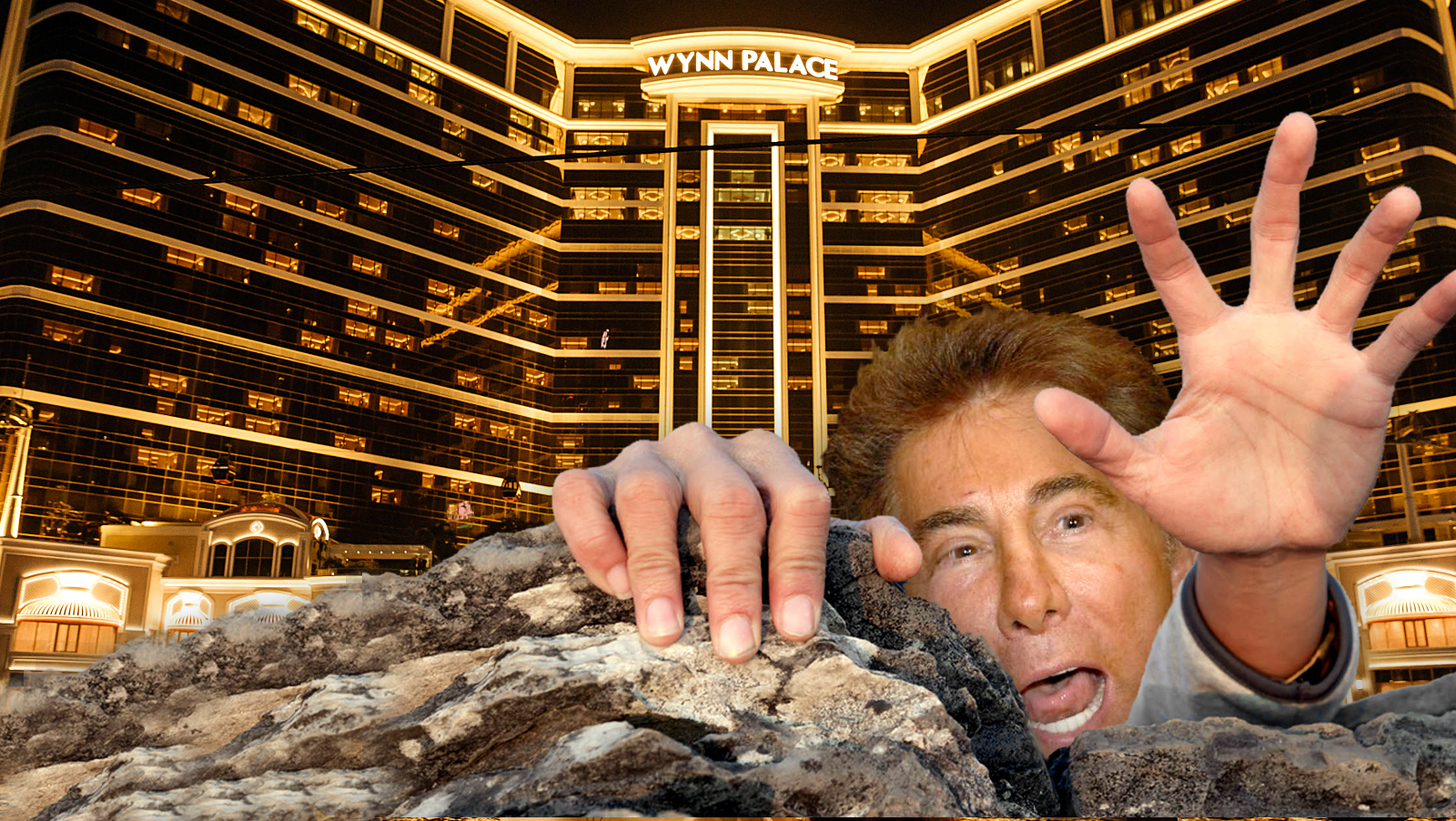 Wynn Resorts started 2018 on the right foot, reporting its 2017 revenue rising 41% and the company’s chairman and CEO Steve Wynn predicted great things were in store for the casino empire he founded way back in 2002. 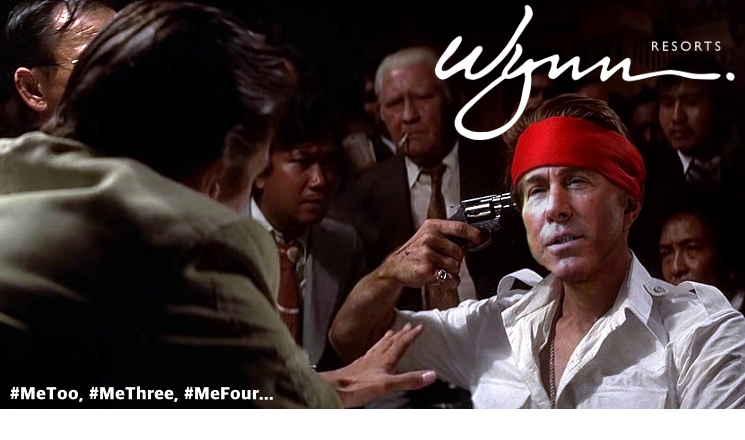 Two days later, Steve was vehemently denying a blockbuster Wall Street Journal report in which multiple female Wynn staffers accused him of sexual harassment dating back decades. The company’s shares promptly shed one-fifth of their value and gaming regulators in Nevada and Massachusetts launched probes that could imperil the company’s future operations.

Less than two weeks after the allegations were published, Steve had resigned from the company he founded, and he sold off his considerable holdings in the company the following month. To do so, he had to end a pair of six-year legal fights: the first with his ex-wife Elaine and the second with former Universal Entertainment chairman Kazuo Okada, the importance of both having drastically diminished in light of his new predicament.

Meanwhile, his company expunged his name from the in-development $2.4b Boston casino project, the future of which hangs on the findings of a Massachusetts Gaming Commission report. Wynn shares were worth over $200 the day before the WSJ report, but they’re currently trading at less than half that price. America’s trade war with China and uncertainty over Macau concession renewals have accelerated this decline but it all started with Steve’s spectacular fall from grace.

Steve founded Wynn Resorts following the sale of his Mirage Resorts to MGM but it seems unlikely that his storied casino career will have a third act. Steve’s ignominious exit from the stage represents a sad legacy for a man whose influence over the casino industry’s development can’t be denied. 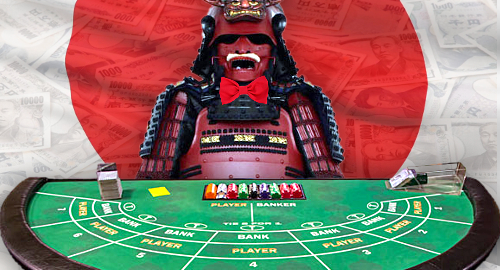 JAPAN CASINOS ARE GO
In July, Japan’s legislature approved their long-delayed Integrated Resorts (IR) Implementation Bill, putting the country on a path to opening its first legal casinos by the middle of next decade. The bill’s passage came 19 months after the legislature approved amending Japan’s constitution to allow casinos, but crafting the rules that govern casino operations proved more difficult than most observers expected.

Casino operators around the globe have been salivating at the prospect of snagging one of the three licenses that Japan is expected to issue, and the jockeying for position only became more aggressive in the second half of 2018.

In October, reports emerged that US President Donald Trump had personally lobbied Japan’s Prime Minister Shinzo Abe on giving Las Vegas Sands an inside shot at scoring a local license. Sands boss Sheldon Adelson was a major contributor to Trump’s election campaign but Japanese officials subsequently denied that such a conversation between Trump and Abe had taken place.

Whichever casino firms land the coveted concessions, they will likely end up as minority partners in co-ventures with Japanese firms. Other challenges include strict limits on the size of casino floors, a 30% tax on gaming revenue, entry levies on local residents and – just announced this month – proof of identity requirements for anyone buying more than $2,660 of gaming chips.

Regardless, companies like Melco Resorts & Entertainment continue to lobby hard, promising to spend over $10b developing a resort and hire tens of thousands of local residents to keep its operations going. The government isn’t expected to issue its first license until 2020, meaning this frantic jockeying for position will persist throughout 2019. 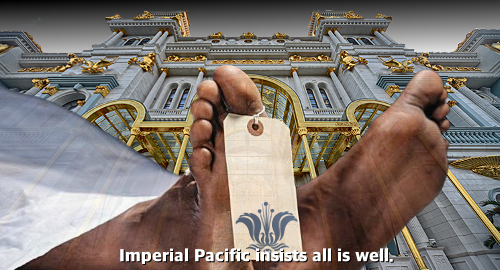 IMPERIAL PACIFIC’S ANNUS HORRIBLIS
2018 was supposed to be the year that Saipan’s lone casino operator Imperial Pacific International hit new heights. The previous year had seen the company open its (still unfinished) permanent gaming venue, the Imperial Pacific Resort, and expectations were that the company could put some of 2017’s negative ink behind it.

But in the first week of January, IPI revealed that its chairman Mark Brown had left the company in late December. The following month, Bloomberg News published a scathing report on the company’s work safety record, allegations of sketchy financial payments to the families of local politicians, and questions over its unaudited claims of astronomical VIP gambler spending.

In March, US federal agents raided IPI’s Saipan headquarters for as yet unexplained reasons. In June, a think-tank published a report saying the US military viewed Chinese-backed casinos in the Commonwealth of the Northern Mariana Islands as a threat to its regional operations.

By August, IPI had confirmed that it wouldn’t make its latest construction deadline – which had already been pushed back numerous times – for completing its permanent resort. That same month, IPI had difficulty paying its staff and contractors, which the company claimed was simply a glitch but this incident was followed by a warning of a “substantial decrease” in profit that sent IPI’s stock into a nosedive.

IPI eventually revealed that its H1 profit had fallen 91% and that it had written off $733m in uncollectable VIP gambling debts. In October, the company’s new CEO – who’d only been appointed chief exec in January – abruptly resigned, joining the company’s new chairman and another member of the company’s board in the stampede for the exits.

November saw the company welcome back former chairman Brown, announce plans to raise $38m via a bond placement and deny it was close to bankruptcy. Then Typhoon Yutu shut down Saipan’s international airport, which forced IPI to temporarily shut its casino operations. Yutu was physically real but the metaphorical storm surrounding IPI’s operations may prove infinitely more destructive. 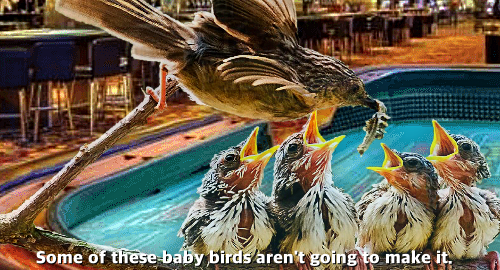 The two venues were among the five AC casinos that closed their doors since 2014, and the remaining seven casinos appeared to be thriving in their absence, posting improved profitability. While those profit gains dried up earlier this year, the trend accelerated dramatically in Q3, the first quarter in which the new casinos were fully operational.

AC’s monthly revenue figures confirm that the new venues are eating into the other seven properties’ action. AC’s overall revenue numbers are on the rise, but the numbers are skewed due to the increased popularity of the online casino market and the allure of the state’s new legal sports betting operations.

The two new properties are also facing their own challenges, as their individual performance numbers have failed to sustain the excitement surrounding their grand openings. The market will face fresh competition in 2019 as neighboring Pennsylvania launches its own sports betting and online gambling markets, with New York possibly not far behind. 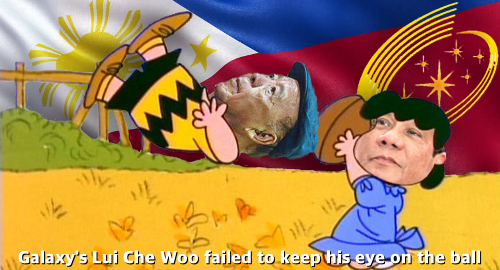 Three weeks later, Duterte announced that Boracay would be a casino-free zone when the island reopened to the public following a six-month tourist ban to allow an environmental cleanup. For a time, Galaxy insisted its project was still viable, but PAGCOR ultimately complied with Duterte’s edict to purge all current and future gaming operations from the island.

Duterte then turned his anti-casino gaze toward a Manila project by Hong Kong-listed Landing International Development, which received a provisional PAGCOR license in July. Two weeks later, Duterte ordered the cancellation of the project’s land-lease deal and the Philippine Department of Justice duly followed suit in September.

That same month, Melco Resorts & Entertainment Philippines announced plans to delist from the Philippine Stock Exchange, based in part on the uncertain regulatory environment. In November, Duterte warned local police to steer clear of the Okada Manila casino because it attracted “the lowlife in society.”

In October, Duterte issued an updated version of previous threats against the nation’s online gambling operators, saying he wanted to “suppress” their operations, even if they were operating with PAGCOR’s authorization. As with previous threats, Duterte’s specific intentions were unclear, even as his rhetoric was clearly antagonistic. 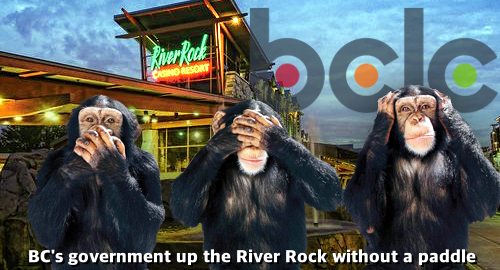 BRITISH COLUMBIA MONEY LAUNDERING
This last item may be a purely local story, but it earned its spot here because it was such a vivid depiction of the incompatibility of a government serving as both gambling regulator and gambling operator.

In 2017, the Canadian province of British Columbia elected a new NDP government after 15 years of Liberal party rule. Any party that holds power for that length of time eventually comes to believe it rules by divine right and so nothing it does is out of bounds. And the Liberals’ management of its provincial gambling monopoly went so far out of bounds it was downright illegal.

The new NDP government discovered a Liberal report detailing widespread money laundering at BC casinos, particularly at the River Rock Casino Resort in Vancouver, with lurid tales of Chinese VIPs showing up with hockey-bags stuffed with $20 bills.

The report had been buried by the Liberals rather than risk derailing their financial gravy train (BCLC generated a record C$1.4b in profits in its most recent fiscal year). It was later revealed that the Liberals had shut down an investigative body in 2009 for making the fatal mistake of suggesting it look into mounting allegations of criminality at the province’s casinos.

The NDP government imposed new anti-money laundering rules but the casinos didn’t seem to be getting the message. In October, BCLC was forced to appoint a third-party auditor to oversee compliance at the province’s three busiest casinos, including River Rock. The following month, hip hop star Drake complained about being ‘profiled’ because the Parq Vancouver casino needed him to prove where his money was coming from.

Throughout these years of criminality, BCLC continued to demonize internationally licensed online gambling operators who dare to compete with BCLC’s PlayNow.com, accusing these international sites of being money laundering hubs for criminals and terrorists. To paraphrase Apocalypse Now’s Captain Willard, the bullshit piled up so fast in BC, you needed wings to stay above it.

HONORABLE MENTIONS
Macau continued its financial comeback, with gaming revenue over the first 11 months of 2018 nearly 18% higher year-on-year. But both VIP and mass market growth slowed somewhat as the year went on, and Trump’s brewing trade war with China didn’t help investor confidence. Moreover, the US request for Canada to nab a top Huawei exec could have US casino bosses skittish about setting foot on Macau soil.

Connecticut’s two tribal casino operators appear to have directly contributed to the resignation of Ryan Zinke, the grifter formerly known as the Secretary of the Department of the Interior. Zinke’s unexplained decision to block the tribes’ joint venture casino project – overruling other DOI officials in the process – came after Zinke met with MGM lobbyists, leading federal investigators to launch a probe into the motivation behind Zinke’s decision.