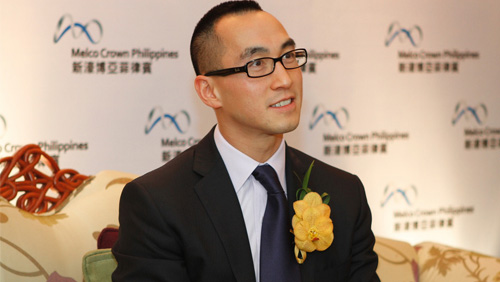 Melco Resorts and Entertainment Limited is hoping Japan’s pending immigration legislation will facilitate the bringing in of workers for prospective integrated resorts (IRs) in the country.

The Hong Kong-based company will need from 10,000 to 20,000 employees in the event that it is chosen as an awardee of up to three licenses the Japanese government will issue for the construction and operation of casino resorts, as legislated last July.

Melco CEO Lawrence Ho, in an interview with Nikkei Asian Review, noted that with the operator’s casinos in Macau and Manila, it had also required “foreign expertise,” and this is where Japanese Prime Minister Shinzo Abe’s labor reform package would help. As part of the legislation, employment will be opened to 14 industries, among these construction, hotels, and restaurants.

Ho clarified that eventually, “the bulk of employees will be Japanese… But at the same time it is unrealistic to say so from the beginning, as the industry does not still exist in Japan.”

According to the Nikkei Asian Review, the immigration bill, set for enactment on December 10, will allow blue-collar employees to apply for permanent residency as a way to deal with a shortage of able workers in the country. The Japanese government is looking to bring in as many as 345,150 people into the country.

Melco is one of many companies in the gambling and gaming sectors already making plans for their entry into Japan, even as the IRs themselves are expected to open in 2025 yet.

According to Ho, Melco plans to invest “more than $10 billion” on construction costs and land acquisition for its Japanese project. The bidding process will also involve Melco forming a consortium, and the company has already been in talks with potential local partners.

Ho said the company is targeting either Osaka or Yokohama for building its IR, and that a partner’s presence and experience in these areas will be considered. “It is less important for us what industry they are in… but we are focused on companies headquartered in one city and who have long relationship with the local area,” he said.

Japan-based Sega Sammy has indicated its interest in being awarded an IR license, and is looking for a partner for this.

The government of Osaka, which will host the 2025 World Expo, has expressed interest in having an IR licensee in the area help with expenses for the trade event.

A poll has shown that about 94% of Yokohama citizens have a negative sentiment towards building an IR in the city, although local businesses hope to sway public opinion through a marketing campaign.