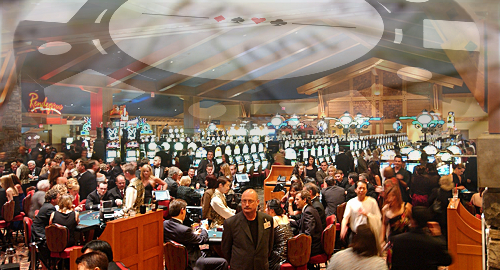 British Columbia’s attorney general is slamming the province’s former government for burying a report into allegedly rampant money laundering at one of its land-based casinos.

On Friday, Attorney General David Eby released a year-old report into allegations of money laundering at the River Rock Casino Resort in Richmond, a suburb of Vancouver. A redacted version of the report can be read here.

The report reveals that River Rock was prone to accepting single cash buy-ins in excess of C$500k (US $405k), mostly from “high roller Asian VIP clients” who often displayed “no known source of funds.”

River Rock reportedly accepted $13.5m in $20 bills in July 2015 alone, with a lot of these large transactions involving “unsourced cash” being “dropped off at the casino or ‘just-off’ casino property for patrons at unusual times, generally late at night.”

The report says “wealthy non-residents or business persons with interests both in Vancouver and China” are using “underground banking operations” to circumvent China’s capital controls. These underground banking channels have become “a convenience feature for VIP players who may not be able to send funds to Canada.’

REPORT MIGHT HAVE STAYED BURIED
The report was commissioned by BC’s Gaming Policy Enforcement Branch, a government agency that oversees the operations of the British Columbia Lottery Corporation (BCLC), a Crown Corporation with responsibility for provincial casino operations, although it contracts out day-to-day management of gaming venues to private companies.

BCLC, which also run the province’s online gambling site PlayNow.com, has acquired a reputation for not being overly concerned about the money flowing through its gaming venues, at least, compared to the effort it expends in muzzling its critics. But this is to be expected when you task a single entity with the conflicting goals of maximizing profits from gaming while ensuring regulatory oversight of that same gaming activity.

This spring, BC elected a new NDP-Green coalition government after a 15-year run by the BC Liberals and the province’s new legal sheriff suggested the Liberals weren’t keen on revealing the report’s findings.

Eby said the publicly-funded report, which was commissioned to study provincial anti-money laundering policies, “makes a series of serious recommendations for reform, which should have been made public at the time the report was complete.”

The timing of the report’s burial suggests the Liberals had an ulterior motive behind their April 2016 decision to revive a Joint Illegal Gaming Investigation Team after shutting down a similar investigative body in 2009. It seems now that the Liberals thought it best to get out ahead of this issue should the report’s full findings ever be made public.

The new NDP government says it will conduct an independent review to determine what measures are needed to beef up AML compliance at BC’s casinos. BCLC CEO Jim Lighbody issued a terse statement promising full cooperation with this review, while claiming to have “zero tolerance for criminals who may attempt to target our business.”