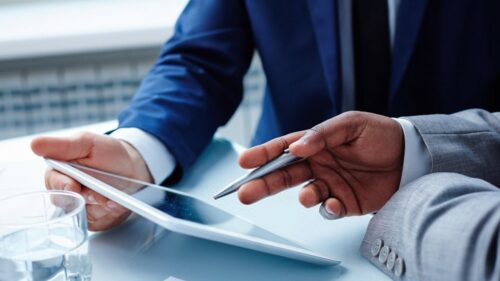 When Apollo Global Management decided to try to buy Canadian casino operator Great Canadian Gaming (CGC) last month for $2.5 billion, CGC shareholders were stunned. Not because the company could change hands, but because the offer wasn’t high enough. They balked at the idea and asserted that, if Apollo were serious, it would have to come back with a better offer. Apparently, the private equity firm is listening to shareholders and could be prepared to dig deeper in its pockets to pull out some more cash to make the shareholders happy.

The current figure puts the value at about $30.66 (CAD$39) a share. CGC’s board had already tentatively accepted the offer in November, emphasizing Apollo’s “extensive experience in the gaming sector will provide additional strategic benefits to help expand our gaming and hospitality offerings and to secure our position as a long-term market leader.” However, when the shareholders spoke up, things change quickly.

Bloomberg asserts that Apollo might be willing to bump its offer up to $32.24 a share, which would make the deal worth around $2.68 billion. The suggestion of an increased offer stems from Apollo’s initial interest in CGC this past August when it asserted that it might be willing to go as high as that amount before it ultimately lowered the per-share price to $30.66. However, it’s also likely Apollo could walk away from any arrangement if too much pushback is received.

That pushback appears to be likely unless cooler heads prevail. It has been reported that some shareholders want to hold out for $55 a share, or $4.58 billion, approaching double the original offer. This past February, GCG was trading at around $31.40 before COVID-19 dropped the stock price to $12.60. It stayed low until November when it began to see a rebound, reaching $24.20 on November 11. However, It currently sits at about $22.60 and, in the past five years, has never come close to $55. Its five-year high occurred in February 2019, when it hit $36.36.

Whether the deal moves forward or not will most likely be determined next week. Apollo shareholders are scheduled to participate in a meeting on December 23 to discuss the matter, but paying that much of a premium in a recession probably won’t find a lot of support. If the bid is rejected, it would be the second time Apollo has lost out on a potentially major coup this year after it walked away from William Hill in November. Still, with money in the pocket and a desire to spend it, Apollo most likely won’t have to wait too long before finding its next target. It could still make a score with William Hill, provided it can work out a deal with Caesars Entertainment, which is currently finalizing plans to purchase the bookmaker and will most likely offload its European operations.