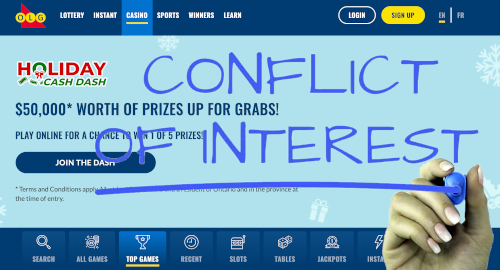 On Monday, the Auditor General of Ontario released its 2020 Annual Report, which found that the Alcohol and Gaming Commission of Ontario (AGCO), the body that oversees the province’s alcohol, gaming, horse-racing and retail cannabis operations, “lacks operational transparency on its financial and regulatory activities.”

Auditor General Bonnie Lysyk notes that the number of suspicious transaction reports (STRs) at Ontario casinos rose 19% to 3,722 between 2017 and 2019, but the value of these dodgy transactions doubled over the same period to C$340m (US$265.7m).

Worse, despite the presence of provincial police in casinos to oversee gaming integrity and investigate suspected money laundering, the AGCO seized cash on only four occasions during the 2017-19 period and barred only 38 individuals from setting foot on an Ontario casino gaming floor.

In January, the Ontario Provincial Police reported a major surge in STRs at local casinos, which the head of the OPP’s casino investigations unit suggested could be due to criminals relocating to Ontario due to the anti-money laundering (AML) crackdown in British Columbia casinos following that province’s epic AML fail.

In a statement accompanying her report, Lysyk noted that AGCO “had identified money laundering as a major risk in casinos and recognized it had gaps in its regulatory processes but it had not developed a plan to address those gaps.”

The auditor general also noted that in February it identified 686 electronic gaming machines in Ontario casinos that weren’t connected to the gaming management system employed by the Ontario Lottery & Gaming Corporation (OLG) provincial monopoly. The report noted that these machines were vulnerable to “software tampering that could affect payout odds.”

ONLINE CONFLICT OF INTEREST FLAGGED
The report also noted AGCO’s reliance on the private operator of OLG’s PlayOLG online gambling site to monitor online casino payout ratios. The report says it would be “prudent” for AGCO to directly monitor payouts of both land-based and online gaming products.

The report also noted that the AGCO’s own statistics show there are some 745 internationally licensed companies offering around 2,200 online gambling sites that compete with OLG’s PlayOLG site, yet the AGCO has yet to take any action against these international rivals.

Ontario recently confirmed plans to open up its online gambling market by licensing private operators. This will include legislation giving AGCO the “authority to conduct and manage iGaming, in addition to having the role of the regulator.” Under this plan, the AGCO would “manage the relationship between the government and private iGaming operators.”

The auditor general expressed concern over this plan, noting that the AGCO “would have both regulatory responsibilities and operational/revenue-generating responsibilities through its subsidiary, which could be perceived as a conflict of interest.”

With respect, that conflict of interest existed long before Ontario’s latest proposal. All of Canada’s provincial monopolies perform contradictory roles of both regulating gambling activity and encouraging revenue generation by the private companies hired to run day-to-day gaming operations.

British Columbia finally admitted the jig was up after the multi-year deluge of embarrassing media exposés detailing the province looking the other way as the casino cash piled up. BC will finally get a truly arms-length regulatory body early next year, a step that other provinces are likely feeling pressure to emulate as their own dirty laundry leaks to the press.