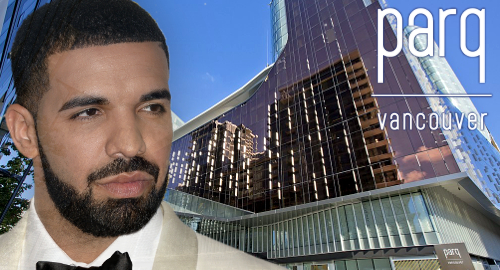 A British Columbia casino is defending itself against reports that it ‘profiled’ Canadian hip-hop superstar Drake over the weekend.

On Saturday, Drake posted a message to Instagram slamming the Parq Vancouver casino as the “worst run business I have ever witnessed.” Drake went on to claim that the venue was “profiling me and not allowing me to gamble when I had everything that they originally asked me for.”

Drake has yet to clarify what specifically prompted his outburst, although Parq issued a statement on Saturday saying is was “sorry to hear about this experience” while claiming that it was “required to adhere to strict regulations with respect to gaming.” Parq added that it had “made several efforts” to contact Drake in order to have “a productive conversation to resolve this issue.”

Later that day, Parq issued a second statement saying it “would like to apologize for the experience our customer had.” Parq said it “categorically stand[s] against racism of any kind” but it operates in “one of the most complex, highly regulated industries” and was doing all it could “to ensure that these new regulations are better understood by all our guests.”

The regulations Parq referred to are new rules requiring casinos to verify the source of any transactions over C$10k (US$7,600). These anti-money laundering (AML) protocols were imposed on BC casinos this January after a government audit uncovered widespread evidence of Asian high-rollers ‘refining’ millions of dollars derived from legally sketchy activities.

The $600m Parq, which owner Paragon Gaming opened for business a little over one year ago, is Vancouver’s only downtown casino. Parq was one of three casinos publicly shamed last month by the British Columbia Lottery Corporation (BCLC) as needing the oversight of a third-party auditor to “support their compliance” with the new AML requirements.

Parq’s final statement on the issue came early Sunday afternoon, when it announced that its Instagram account “seems to have been disabled last night without our consent.” Before it vanished, Parq’s Instagram account had been bombarded with hate posts from some of Drake’s 50m-strong Instagram audience, leading many observers to conclude that Parq had pulled the account to save itself further public shaming.