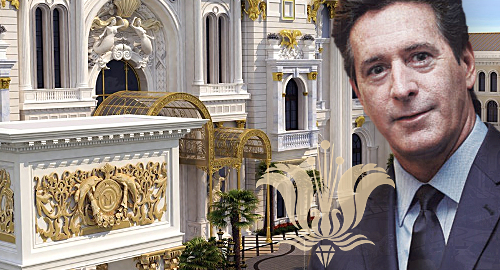 On Wednesday, IPI issued a statement welcoming back Brown from “retirement” to oversee the “final phase of completion” of the Imperial Pacific Resort, the company’s perpetually delayed permanent gaming venue on Saipan.

Brown, whose long gaming industry pedigree includes overseeing the Trump Hotels and Casinos business, stepped down as IPI’s chairman last December “to pursue other projects close to his family.” Brown assumed the chairman’s seat in January 2017 following a restructuring that saw him give up his role as IPI’s chief executive, a position he’d held since 2015.

Brown will begin serving as “interim chairman” effective November 1 and his brief is to “lend his support to rebuilding and guiding the IPI project to completion.” Brown replaces Henry Cheang, who had been serving as both CEO and chairman of IPI since former chairman Marco Teng stepped down in August after only eight months in the position.

IPI’s controversial strategy of offering credit directly to VIPs rather than offloading that responsibility to junket operators resulted in the company writing off nearly three-quarters of a billion dollars in uncollectable debts in the first half of 2018. Saipan regulators have since approved new junket operator licenses, and IPI has indicated it will adopt a more traditional VIP approach going forward.

IPI has negotiated several extensions of its permanent resort’s completion deadline with the Saipan government. Construction has been plagued by labor shortages, workplace fatalities, bad weather, fires, fights with contractors as well as questions over IPI’s ability to adequately fund the project.