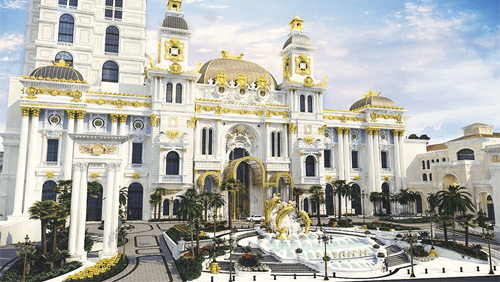 Imperial Pacific International (IPI), the company behind Saipan’s first integrated resort, the Imperial Palace, may never be complete. After already missing several construction deadlines that have prolonged the completion of the casino’s hotel for more than a year, the company’s vice president of construction, Eric Poon, asserted earlier this month that the project was 69% complete. He further stated that the hotel would almost certainly be ready by the end of the year. Now, IPI is asking for yet another extension for construction—until the end of 2020.

The extension is tied to the “initial gaming facility” of the casino. IPI previously expected the facility to be ready to go by the end of July, and then the end of August before Coon said definitely by December. Six amendments in total have been requested by IPI and each one makes the casino possibility less and less bright.

According to the Saipan Tribune, the deadline extension will be addressed by the Commonwealth of the Northern Mariana Islands’ (CNMI) Lottery Commission. The commission will meet by the end of August, at which time it will decide what action to take regarding the request.

IPI was offered a casino license on the condition that the initial facility would be complete by this summer. Now that it has missed several deadlines already, whether or not the Lottery Commission chooses to renew the license will certainly be a question at this month’s meeting.

According to IPI, the initial facility encompasses a casino area of more than 152,000 square feet, a 329-room luxury hotel, villas, restaurants and shops. The facility is only a small part of the resort’s “phase one” stage, which isn’t expected to be complete until the middle of August of 2023. Phase two would supposedly be completed five years later. However, with the continued requests for extensions, those dates are certainly not a safe bet.

IPI submitted its latest request to the government’s Development Plan Advisory Committee, which determined that it was “reasonable.” It outlined a number of “unforeseen delays” related to labor issues that have slowed the project down.

It’s looking more and more like IPI was not ready to undertake such a large project. It’s too late to turn back the clock now, but it might be a wise move to begin considering handing the reigns over to a company that can take the huge challenge more seriously.