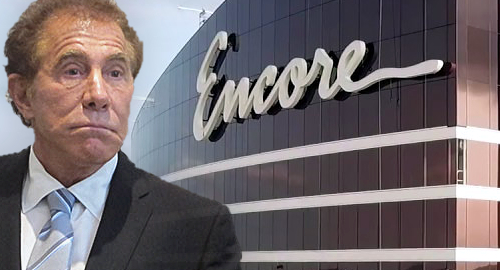 Fallen casino icon Steve Wynn says he discussed his sexual harassment allegations with some Wynn Resorts execs, a claim that could pose problems for the company’s Massachusetts casino project.

Nevada Clark County District Court Judge Elizabeth Gonzalez has set a December 12 hearing on whether to permit the Massachusetts Gaming Commission (MGC) to release its report on what Wynn Resorts execs knew about Steve Wynn’s sexual harassment allegations when the company was being vetted for its Massachusetts casino license.

On Monday, Gonzalez granted Steve’s request for a temporary restraining order against the report’s release, based on his claim that Wynn improperly shared documents with the MGC that Steve argues are protected by attorney-client privilege.

On Wednesday, the Boston Herald reported that documents filed with the Nevada court last week quote Steve saying he recalls “talking with certain [Wynn] individuals about these issues to ensure that the company’s interests were protected.” The statement was made to Wynn investigators as part of an internal probe into the allegations, the findings of which have yet to be made public.

Steve said the individuals with whom he discussed the allegations included two former Wynn directors, John Moran and “possibly” Linda Chen. Both execs stepped down from Wynn’s board in 2012 – one year before the company’s Massachusetts suitability hearing. Chen currently serves as chief operating officer of Wynn’s casino operations in Macau.

The incident that Steve claims to have discussed with these execs involved allegations made by a former Wynn Las Vegas manicurist, who received a $7.5m financial settlement in 2005. The MGC suspects this settlement was purposely hidden by Wynn execs when the company was undergoing suitability vetting.

In January, the director of the MGC’s Investigation and Enforcement Bureau said that no Wynn official mentioned the settlement during the suitability process and that it appeared that “steps were taken to keep [evidence of this settlement] from the public domain.”

The court documents also include a statement by Steve to his former company acknowledging that he had “multiple consensual relationships during my tenure” at the company but he denies having any relationship that was “not consensual.”

Should the MGC report indicate that Wynn execs willingly misled regulators, the company’s ability to operate its in-development $2.4b Encore Boston Harbor project could be in jeopardy. The project is scheduled to open next summer.