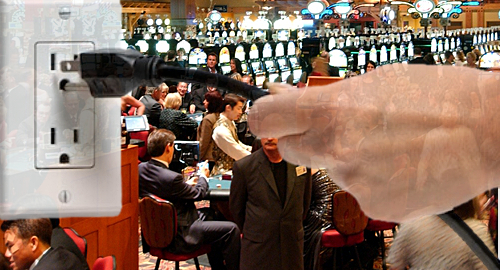 More unflattering details have been leaked regarding the former British Columbia provincial government’s approach to minimizing money laundering in BC casinos.

The new investigative body was meant to replace the Integrated Illegal Gaming Enforcement Team (IIGET), which was quietly shut down by the Liberals in 2009. Government documents have since revealed that the IIGET was shut down shortly after it expressed interest in probing allegations of money laundering at BC casinos.

DON’T ASK THE WRONG QUESTIONS
On Tuesday, the Vancouver Sun reported that the IIGET was killed off due to “exigent funding pressure” being put on the budget of the British Columbia Lottery Corporation (BCLC), which oversees gaming activity in the province.

From 2003 to 2009, the IIGET’s mandate was primarily related to illegal gambling dens, bookmaking, cockfighting and such. However, in January 2009 the IIGET requested the right to broaden its mandate to include investigation of money laundering at BC casinos.

The IIGET sought to expand its role as “the central repository for all gaming-related criminal information.” The IIGET noted that local police were currently handling gaming-related investigations but this policy “serves to fragment operation knowledge and is not in the best interest of intelligence-led policing.”

The IIGET report noted that the local police departments had complained that they lacked the resources to investigate suspicious transactions at BC casinos, which amounted to tens of millions of dollars between 2003-2009.

The former BC Liberal government has been accused of burying a 2016 report into money laundering allegations at BC casinos, with the River Rock Casino Resort in suburban Vancouver singled out for particular attention. The March 2016 report notes that, prior to November 2015, River Rock “did not review large cash transactions of $50k or less for indicators of being suspicious transactions.”

River Rock’s gaming operations are managed by Great Canadian Gaming Corporation, which issued a statement on Monday claiming that the company took its anti-money laundering responsibilities seriously and, to its knowledge, wasn’t currently under investigation.

SHUT ‘ER DOWN
Instead of granting IIGET’s request for a broader mandate, the BC Liberals shut down the IIGET in April 2009, with gaming minister Rich Coleman justifying the move by claiming IIGET was inefficient, redundant and had a high staff turnover rate.

Fast forward to March 2016, and a memo prepared for then-finance minister Mike de Jong indicated that, since the IIGET’s forced retirement, gaming-related investigations and enforcement had been conducted “in an ad-hoc manner,” leading to “a significant increase in the number of illegal gaming houses in the province and the legitimization of proceeds of crime through illegal gaming facilities.”

In fact, the memo notes that since 2011, no charges whatsoever had been filed by the province in connection with illegal gambling dens.

Another item of note in the IIGET’s 2009 report notes the inherent contradictions of BCLC being responsible for both regulating provincial gaming activity as well as ensuring that nothing negatively impacts the billion dollars or more in annual revenue that gaming contributes to the provincial budget.

Specifically, the IIGET report notes that: “A conflict of interest or perception of corruption undermines the integrity of gaming in BC and so this is a very important part of the report.” The Sun noted that the rest of this section of the report was heavily redacted.