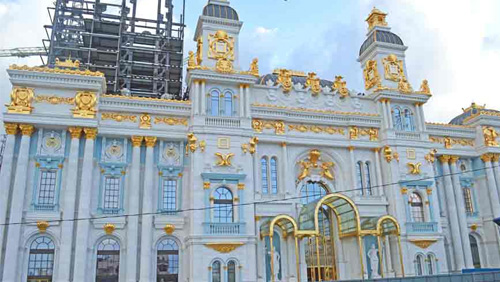 Bloomberg reported that the U.S. federal agents, including some from the Federal Bureau of Investigation, swooped down on Imperial Pacific’s office last week, although no one yet knows what they were after.

The FBI neither confirmed nor denied the agency’s participation in the raid as part of its legal policy but the agency did give a hint that it was probing Imperial Pacific when it stated that “public corruption is the FBI’s top criminal investigative priority.”

“Elected or appointed officials are entrusted and expected to protect the interests of the people with integrity. When that trust is betrayed, the security and stability of our government is put at risk. Anyone with information about a potential violation of federal law is asked to contact the FBI,” the Bureau said in a statement to the news outlet.

Imperial Pacific refuted the Bloomberg report, saying that it hadn’t received any visitors from the FBI or any other U.S. agencies last week.

If the Bloomberg report is true, then this is the second time that the FBI has paid Imperial Pacific a visit. In March 2017, FBI agents trooped to an office being leased by Imperial Pacific. Following the visit, U.S. prosecutors lodged criminal charges against Imperial Pacific contractors for undocumented labor.

Pacific Rim buckles down to work amid Imperial Pacific controversies

Despite the left and right controversies that the Saipan casino project is facing, contractor Pacific Rim Group of Companies is bent on finishing the Imperial Pacific Resort Casino on time.

Guam Pacific Daily News reported that Pacific Rim is looking for 2,000 workers to get the construction of the Saipan casino done. Pacific Rim President Keith Stewart said they will be hiring at least 500 workers by the end of March.

Steward also assured that safety of their operations, especially after they passed the contract review of the U.S. Department of Labor’s Occupational Safety and Health Administration.

“I can’t comment on other companies. … What we can do is provide credible impact,” Stewart said, according to the news outlet. “A project of this size and quality doesn’t come around too often.”