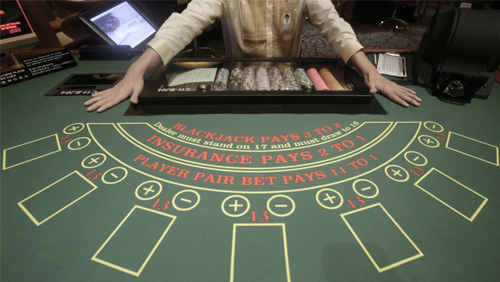 Macau-based casino operator Galaxy Entertainment group is making a mad dash to Japan, hoping to be the first company to get a casino license in the country after getting the nod in the Philippines’ island tourist draw Boracay.

GEG Vice Chairman Francis Lui announced that the Philippine Amusement and Gaming Corporation (PAGCOR) has finally issued a provisional gaming license to the group on Wednesday, giving the green light to the construction of an integrated resort in the popular holiday island destination.

“We are very excited about the prospect of investing up to US$500 million into a proposed premium quality, low rise, eco-friendly resort development located in Boracay,” Lui said in a statement.

GEG plans to start the construction of its first integrated resort in the Philippines by 2019. Lui expects the project to be completed in three years’ time.

GEG and its local partner Leisure and Resorts World Corp’s plans were put under intense scrutiny after the duo decided to proceed with the project despite the impending closure of the island.

“We are pleased to support President Duterte and the Philippine government’s initiative for the managed and sustainable development of Boracay,” Lui said.

Lui also assured the local residents of Boracay that their business “will contribute positively to the local economy” by generating “hundreds of jobs.” He estimated that the joint venture will rake in $100 million in annual gaming revenue once operational.

Now that the casino operator already had Boracay in the bag, GEG said that it could start focusing on getting a prized casino license in Japan.

Jeremy Walker, VP for marketing and international development at GEG, said they are currently meeting with Japanese government officials, along with prefectural and other local governments, businesses and community organizations in the nation for the possible entry of the group in Japan.

Like other global casino giants, Walker pointed out that GEG wants to be first in Japan. He said there are ongoing talks between them and Japanese hotel chain operator Hotel Okura Co. for a possible joint venture.