Home / Bitcoin / China cracks down on ‘dirty money’: Is it time for bitcoin?

Authorities in Beijing are sweeping up all the “dirty cash” around the country. 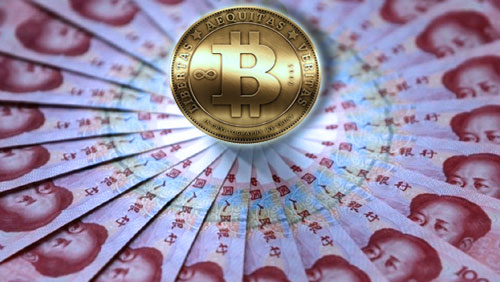 Last week, Chinese police arrested 450 people who they believe have been illegally transferring money out of the country. According to state news outlets, the Ministry of Public Security (MPS), the People’s Bank of China and the State Administration of Foreign Exchange discovered a total of 192 locations where illegal banking services involving an estimated US$30 billion were provided.

Analysts at Goldman Sachs estimate that up to US$28 billion exited China last December, according to a Bloomberg report.

MPS officials said underground banks in the country have become channels for transferring money that been obtained through illegal activities, such as public funds embezzled by corrupted officials. The crackdown focused on “cross-regional and cross-border underground banks,” the ministry said.

Sounds similar? Beijing authorities launched similar crackdowns in Macau in past, which, as we all know, made life hell for Macau casino junket operators who rely on the underground banks to transfer cash from the mainland to the casinos.

But all of this turmoil is creating an important opportunity for bitcoin in the country—not that it needs it. Bitcoin’s popularity in China is thriving as more and more investors turn to the popular digital currency in fears of the depreciating yuan. According to CoinDesk, investment among Chinese traders account for over 90 percent of the current bitcoin trading volume.

China’s draft law, even if it is implemented into the statute, doesn’t completely cover the digital currency assets, unlike in Japan where virtual currencies are now recognized as “asset-like values” that can be used to pay for goods and services as well as an alternative for legal tender through purchases and trades. Still, you can’t deny that it is a good start for the Asian country—a move that shows Chinese bureaucrats are already recognizing bitcoin as an alternative currency.