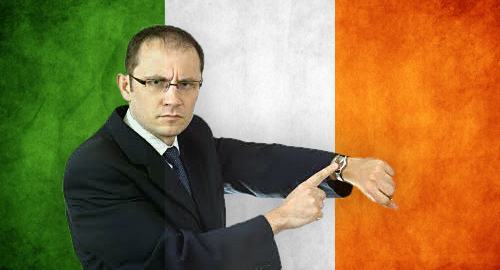 Ireland’s gambling market will get a new regulatory watchdog, although the new body won’t be in place until late-2020 at the earliest.

On Wednesday, Ireland’s government voted in favor of establishing a new gambling regulatory authority, which will be tasked with overseeing all gambling activity in the Republic, including online betting, via the issuing of licenses and the imposing of penalties on operators who fail to toe the line.

A report prepared by an interdepartmental working group suggested the regulator should also be tasked with monitoring gambling marketing, maintaining sports integrity and banning betting inducements such as issuing credit to customers for gambling purposes. The report also suggested the regulator consider imposing daily, weekly and monthly spending limits for gambling.

However, the government cautioned that the formation of the new body, which will report to the Department of Justice, could take up to 18 months. Minister of State David Stanton said the “ultimate aim” is that the regulator will be “self-financing” through fees and levies paid by companies authorized to conduct gambling activity in the country.

Licensed gambling operators will also be required to support a new ‘social fund’ that will support research into the societal effects of gambling, conduct information campaigns on potential gambling harms and possibly offer treatment to problem gamblers.

The government also approved publication of the Gaming and Lotteries (Amendment) Bill – 2019, which seeks to update what Taoiseach Leo Varadkar called the “quite out of date” rules currently governing the nation’s gambling sector.

The new rules will restrict all gambling products to individuals 18 years or older, an issue that took on new urgency after recent survey results exposed the ability of under-18s to access land-based gambling products.

The proposed rules also call for a dramatic hike in stakes and prize limits for gaming machines, which haven’t been updated since 1956. Stake limits will rise from a mere 3¢ to €10, while prizes will top out at €750 rather than their current 50¢.

Ireland’s betting operators were recently hit with a doubling of their betting turnover tax from 1% to 2%. The rate hike was met with dire predictions of major betting shop closures by the Irish Bookmakers Authority, which continues to press the government to switch to a less punitive tax on betting revenue.