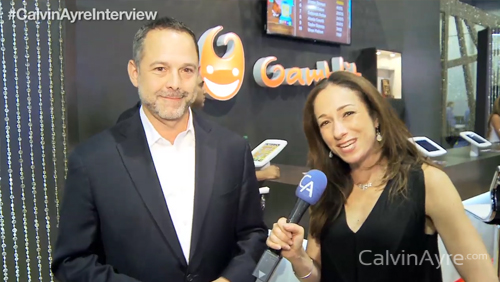 In this interview with CalvinAyre.com’s Rebecca Liggero, Gamblit Gaming VP of New Business Development Marcus Yoder discusses how casinos can use apps to get active millennials into their doors.

Millennials are mobile’s best friends. According to digital measurement firm comScore, people aged 18 to 34 in the United States spend an average of 26 hours a month—that’s nearly an hour a day—on social media apps. And this is an opportunity gambling companies, particularly casinos, can’t miss.

“If you look at 21 to 35 year olds, 35 percent of them go to casinos but only 2 percent of them actually wager on anything. And you know, 68 percent of them have no issues with wagering,” Marcus Yoder, VP of new business development for Gamblit Gaming told CalvinAyre.com.

Yoder said casinos can take advantage of these mobile-active millennials and get them into their doors.

“We have to think of your phone almost like a lobby. People, the millennials especially, are not simply going to one site to go get everything. They’re not on Facebook trying to do messaging and pictures. They’ll have Instagram, they’ll have Snapchat and they’ll have Tindr or they’ll have Waze,” Yoder explained. “And so everything that they’re doing on their phone right now is either communication, playing games and getting guidance—literally maps, but also where the cool place to go is—and then setting the time that they’re actually going to go participate in something with their friends.”

The question is, how?

“Obviously, they need to have an app,” Yoder said. “Not everybody still has one, but then it has to be very contextual. It can’t be an app that’s all about a slot finder because the millennials don’t even care about the slot machines. It’s got to be, come play this new game that you’re already playing, like Candy Crush, on this table, on that kind of machine. Give them an experience.”

For Gamblit Gaming, the whole pitch is not only about creating new games, but also providing cool places “where people want to go and hang out and play or not play, and then decide to play some more.”

“Think of any casual game that you’ve played anywhere on your phone, literally Candy Crush or just simplify it like tic-tac-toe. If you have a video version of tic-tac-toe, every time you made a mark would actually trigger a wager so you’re still playing the game or you and I are playing a game against each other and I still want to beat you for bragging rights, but my wager is still going back against the house. I’m not going to take your money. We do have some games where friends take each other’s money but we keep the din on very low so it’s just more of an engaging experience. “